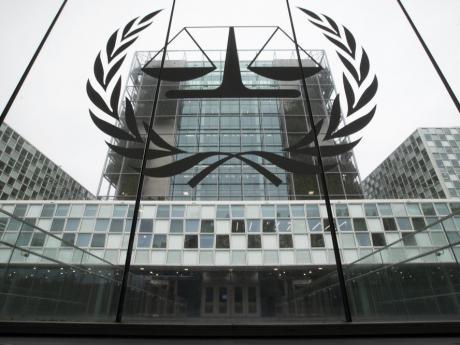 A November 2019 photograph of the International Criminal Court of Justice in The Hague, Netherlands (AP photo).

(CMC): Former Minister of Foreign Affairs in Guyana, Carl Greenidge, has noted that Guyana is appreciative that its border case with Venezuela will go before the International Criminal Court of Justice (ICJ).

The date set aside for the start of public hearings into whether the ICJ has jurisdiction to hear the case is June 30.

“We are grateful for this opportunity which we have looked forward to for decades,” Greenidge stated, during a webinar hosted by the Guyanese American Chamber of Commerce today.

Greenidge said Guyana will be allowed to plead its case based on the generous decision of the court to go ahead with the case despite the current global health crisis.

He explained that once jurisdiction has been decided upon, it’s unto another important step.

“Once the court decides it has jurisdiction it will proceed to the merits phase where the validity of the 1899 Arbitral Award will be examined in detail,” he said.

Greenidge said a favourable decision by the court would be of tremendous benefit to Guyana, as the country has suffered tremendously over the years at the hands of Venezuela.

“From acts of intimidation, threats of military action, incursions into our (Guyana’s) sovereign territory and the stymieing of our economic development.” … “The court’s decision will promote stability and investor confidence in Guyana. It will lift once and for all this unwelcomed burden that we have been carrying as a nation for such a very long time,” Greenidge argued.

Meanwhile, the ICJ has asked both parties to prepare arguments with regards to jurisdiction. Guyana has already submitted its arguments to the court on the stipulated date.

To date, however, no submission has been forthcoming from Venezuela.

The foreign secretary said the court then made the decision to proceed with the case, but ensured that it left the door open for Venezuela to join the proceedings.

In 2016, the United Nations secretary-general announced that in the absence of significant progress towards a solution of the border issue between the two states, by the end of 2017, and unless both parties jointly request that he refrain from doing so, he would choose the ICJ as the next means of settlement.

The secretary-general’s decision was welcomed in Guyana and received support from Caribbean countries, but was met with some hostility in Venezuela, as the parties have long disagreed on whether the ICJ has jurisdiction to hear the dispute.

Article 33 of the UN Charter does not expressly refer to the ICJ, but it mentions ‘judicial settlement’ as one of the means for the pacific settlement of disputes.

For this case the UN secretary-general has interpreted Article 33, including judicial settlement by the ICJ, as it is the principal judicial organ of the UN, and that both states are parties to the ICJ statute.

Guyana's request of the court

Once jurisdiction has been ascertained, Guyana is asking the court to uphold the 1899 Arbitrary Award; that the 1899 award is binding upon Guyana and Venezuela and that the boundaries established by the award are valid and binding to both states.

To confirm that Guyana and Venezuela are under an obligation to fully respect each other’s sovereignty and territorial integrity in accordance with the 1899 award.

Guyana is also asking that Venezuela withdraw from and cease occupation of the eastern half of the Island of Ankoko and from every other territory recognised as Guyana’s sovereign territory in accordance with the 1899 award.

The court is also being asked to call upon Venezuela to refrain from threatening or using force against any person or company licensed by Guyana to engage in economic or commercial activity in Guyanese territory, as determined by the 1899 award, or any maritime area over which Guyana has sovereign rights, and shall not interfere with Guyanese or Guyanese authorised activities.

Finally, the court is being asked to confirm that Venezuela is internationally responsible for its violation of Guyana’s and sovereign rights or old injuries suffered as a consequence.