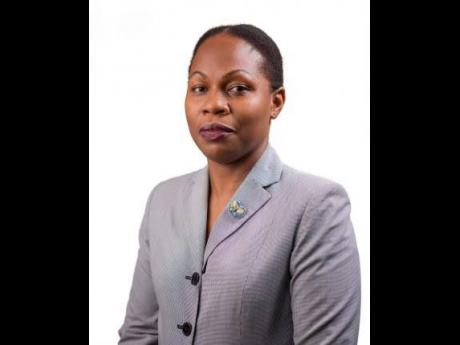 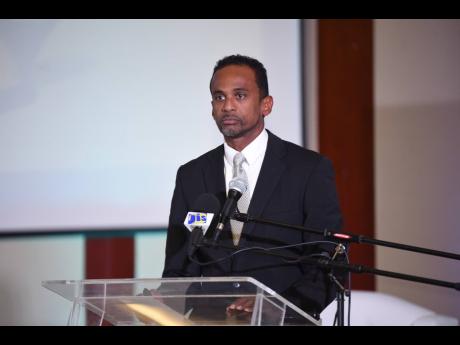 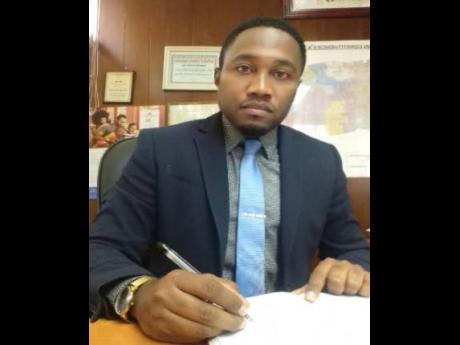 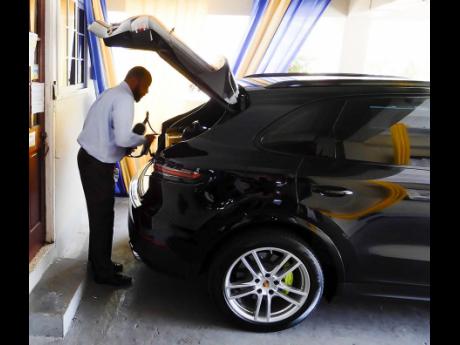 PHOTO BY CARL GILCHRIST
Michael Belnavis, with electric charger for his 2019 e-Hybrid Porsche Cayenne in hand, has been at the centre of controversy regarding expenditure at the St Ann’s Bay Municipal Corporation.
1
2
3
4

SOME SENIOR administration officials at the St Ann Municipal Corporation who have claimed that they were stifled in speaking out about a myriad of alleged questionable practices at the local authority are rejoicing now that the country’s main anti-corruption body has zoomed in.

Integrity Commission investigators swooped down on the offices of the corporation last Friday with a raid, seizing documents and computers amid questions over a $47-million non-competitive contract for sanitation of the resort town of Ocho Rios, and the use of taxpayers’ money to buy and install a $80,000 electric charger for the mayor’s personal $12-million Porsche motor car.

Those issues were raised at a June 3 meeting of Parliament’s Public Administration and Appropriations Committee with officials from the parish. Committee chairman Dr Wykeham McNeill signalled then that the matter would be put to the Integrity Commission.

But there are “more issues that need to come to light”, officials at the corporation told The Sunday Gleaner on condition of anonymity because they were not authorised to speak to the media and fear victimisation.

The Sunday Gleaner has also obtained documents which suggest serious concerns about the state of the authority’s finances.

The corporation’s chief executive officer (CEO), Rovel Morris, was instructed to write to the Ministry of Local Government and Community Development in May 2019 requesting “an audit of the corporation’s finances and accounts”.

The May 12, 2019 letter was addressed to the permanent secretary, Marsha Henry-Martin, to whom The Sunday Gleaner has also directed several yet-to-be-answered questions.

She did indicate to Parliament on June 3 that the ministry’s internal audit team was looking into the COVID-19 sanitisation contract, but there was no mention of Morris’ request and whether a probe was ongoing.

Morris’ request appeared to have been built on concerns about absence of information on the use of the corporation’s bank accounts, inability of multiple chief financial officers to reconcile the accounts, and transfers of funds without following due processes, among other issues.

For months, the council was troubled by a ‘missing’ $15 million that was taken out of about $40 million set aside for building a new corporation building.

The $15 million was to purchase a water truck for the parish, based on the documents seen. However, a 2017 memorandum issued to senior managers indicated that the truck was not purchased and the money reportedly used in ‘recurrent expenses’.

Meanwhile, to date, there has been no progress on getting a new municipal building, the construction of which Local Government Minister Desmond McKenzie pledged to assist with in October 2019.

Up to April 2017, the St Ann Municipal Corporation had at least eight ‘operating’ bank and investments accounts, totally approximately $127 million, according to a memo seen by our news team. But a month after that disclosure, another memo was sent in which the finance team raised concerns about the lack of reconciliation among the accounts.

It was outlined that some of the accounts were last reconciled in 2014.

Bank reconciliation is a process entities use to ensure their records match what banks have. It’s a critical function to protect cash, the most basic asset, chartered accountant Dennis Chung said.

“If you don’t have your bank accounts reconciled, it means that there could be some discrepancy in cash, lodgements don’t reach the bank, payments that you made have been cashed by somebody else,” he said.

“There’s a host of things that can go wrong if you don’t reconcile. It’s like you having your personal bank accounts and you don’t know what’s happening with it.”

In a May 13, 2019 stamped memo, the finance department raised the issue again, declaring concern that some of the corporation’s money “were only on paper”. The issue was put to chairman of the corporation and mayor of St Ann’s Bay, Jamaica Labour Party councillor Michael Belnavis, who reportedly verbally recommended a forensic audit.

“The situation is bad and we have been wondering why the local government ministry did not move in. They are aware of a lot of the issues,” one of the administrators said. “It’s not like workers can just go public.”

The St Ann Municipal Corporation has been silent on the issue. When contacted, the CEO directed queries to the mayor, who we have not been able to reach since he held a press conference on June 9.

Calls and messages have been unanswered.

“We don’t operate based on fear or accusations or any kind of bad-mind thinking going on,” he told The Sunday Gleaner.

Using emergency contracting, which allowed for the selection of contractors, the municipal authorities selected Rahim Cleaning and Trucking Limited in March to carry out cleaning and sanitising works at eight locations in Ocho Rios.

Wallace said TEF has verified that the works were done and there was “value for money”.

“I don’t know what they did in Portmore. A man can put some water in a spray pan and spray and call it a sanitisation project. What we did was comprehensive,” Wallace argued, dismissing comparisons with the $300,000 spent by the Portmore municipality for cleaning and sanitisation.

At the time, no other parishes in the tourism belt got such a contract, but the TEF boss said Trelawny has now been approved for $23 million, while applications have been received from St James and St Elizabeth.

Rahim Cleaning and Trucking Limited has threatened to sue the corporation if it does not get full payment under the contract as since the controversy erupted, Belnavis and the CEO have said that the corporation was withholding payments until the matter was fully investigated.

Minority leader of the corporation, the People’s National Party’s Winston Brown, has said that was not surprised at the actions of the Integrity Commission.

“I was looking for it because I already wrote to the auditor general,” he said.