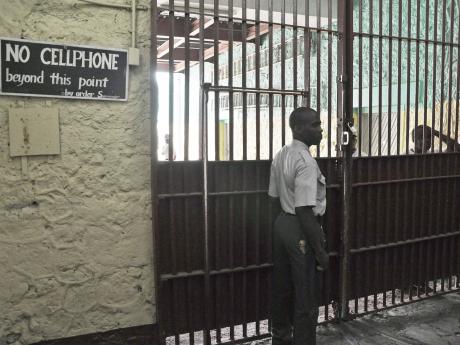 Last Wednesday, George Williams appeared in court for the first time in almost 50 years and was ordered to return this Wednesday.

George Williams, the mentally ill man who has languished in Jamaica’s prison system without a trial for almost five decades, had to be taken to hospital last weekend after being beaten by a younger inmate.

According to attorney Isat Buchanan, on Saturday, Williams, 71, suffered injuries to one of his eyes and to his ribs during the attack inside his cell at the St Catherine Adult Correctional Centre.

"His face is black and blue," Buchanan said of his client.

Williams was treated at the Spanish Town Hospital and returned to the St Catherine Adult Correctional Centre where he has been isolated in a different section.

He is also awaiting the results of a CT scan.

Carla Gullotta, Executive Director of Stand Up for Jamaica, the human rights lobby that hired Buchanan to seek Williams' release, believes the inmate would not have been in any danger if the Office of the Director of Public Prosecutions did not oppose the emergency application filed in court last week seeking to free the elderly man.

"I am sorry for him because he has gone through so many tribulations," said Gullotta, even as she praised the Department of Correctional Services for its handling of the incident.

The Independent Commission of Investigations (INDECOM) confirmed late Monday evening that it is aware of reports of an incident and is making enquiries into the allegations.

It’s reported that the 71-year-old man was in his cell when another inmate entered and kicked him in the ribs then punched him in one of his eyes.

The attack comes days before Williams is scheduled to return to the St Catherine Circuit Court for a hearing on whether he should be released.

In 1970, Williams was arrested and charged for allegedly killing another man during a violent attack on a family that was driving through his St Catherine community of Mount Rosser.

The then 20-year-old was declared unfit to plead.

However, in his affidavit included in his emergency application to the St Catherine Circuit Court, the 71-year-old charged that he has not received constant psychiatric treatment during his incarceration, but said several times – the last being February 22 this year – he was declared fit to plead.

Last Wednesday, he appeared in court for the first time in almost 50 years and was ordered to return this Wednesday.

Williams is one of seven mentally ill men identified in a report by INDECOM who have each spent at least 40 years in prison awaiting trial.