Immigration Corner | How can I get back a visitor’s visa? 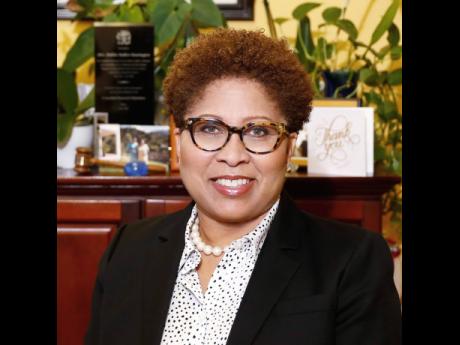 F ive years ago I took bad advice from a friend about working in the United States (US) on my visitor’s visa. Upon arriving at the port, I was processed, questioned and found inadmissible.

Consequently , I was asked to apply for a withdrawal of admission. I was in US custody, and the next day I was sent back on a flight to Jamaica. In 2018, I applied but was told that due to my intention to violate the terms of my visa, I couldn’t be granted a visa. I was also told by the consular officer to be more settled in my job and then reapply.

What are my chances? Should I seek legal representation? I am desirous of travelling to the US.

When a person applies for a non-immigrant visa – this includes a visitor’s visa – they must convince the consular officer that they have enough ties to their home country to which they will return, and they do not intend to abuse the terms of their visa. When a person arrives in the United States with the intention to do other than they have indicated to the consular officer and/or the Customs and Border Protection (CBP) officer, they invalidate their visa. Similarly, if they are admitted to the United States in one category and act as if they are in another category, e.g., work without authorisation when they are a visitor, they also invalidate their visa.

In your situation, you were entrusted with a visa to visit, and you either worked before or intended to work on your last entry and were found inadmissible. The CBP officer gave you an opportunity to withdraw your request for entry and you were returned to Jamaica. To be granted another non-immigrant visa, you would have to overcome your previous inadmissibility. It is hardly likely that a consular officer would grant you a visa if you simply applied. The officer would view your inadmissibility and that you were given a chance with a visa before and you abused that opportunity.

One way that you could seek to overcome your poor immigration history is to apply with a non-immigrant waiver (NIW). Among other things, you would have to overwhelmingly prove to the consular officer that you are secure in your employment in Jamaica and have other ties to which you would return after a brief visit. You would also have to demonstrate that you would not be a danger to the United States. The NIW is a discretionary form of relief; some persons are successful and others are not. In this instant, the officer would have to be willing to forgive your past indiscretion and believe, also, that you would not repeat your violation.

Dahlia A. Walker-Huntington, Esq, is a Jamaican-American attorney who practises immigration law in the United States; and family, criminal and international law in Florida. She is a mediator and former special magistrate and hearing officer in Broward County, Florida. info@walkerhuntington.com