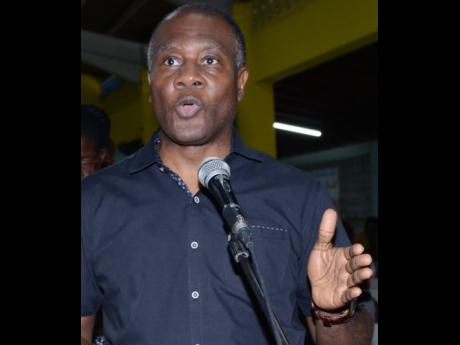 File
Bradley Edwards, senior medical officer at the May Pen Hospital in Clarendon.

Sexual abuse among children as young as two years old has increased due to the COVID-19 lockdown, noted a Clarendon medical practitioner, who labelled some of the cases as “very vicious”.

Dr Bradley Edwards, senior medical officer at the May Pen Hospital, said he is quite concerned about the growing number of minors believed to have been raped or sexually molested during the stay-at-home measures implemented to curb the spread of the virus.

“If you look at the statistics involving children, most of the rape cases are between the ages 10 and 14. But our cases right now are in the two- to 10-year-old age group. Those cases we would only see once in a blue moon but we are now seeing a sharp increase in the last month,” Edwards shared with The Sunday Gleaner.

“For the whole year, we would probably have one or two cases involving this age group, but now we have seen at least nine cases in one month. We are not used to seeing those numbers and it is very alarming. Some of the cases are vicious, very vicious.”

Noting that almost a dozen children have been admitted to hospital for sexual abuse in the last month, he pointed out that in addition to the psychological trauma, some children also suffer irreparable physical damage.

“Because of COVID-19, the children are at home longer with the perpetrator,” he charged, noting that the hospital has been working with the police to investigate the cases.

Edwards’ concerns followed local and international reports about an increase in child abuse as well as the number of children who have gone missing during the COVID-19 pandemic.

According to children’s advocate group, Hear the Children’s Cry, at least 33 minors have been reported missing to that office since schools were suspended in March. The Corporate Area, St Ann, St Elizabeth and St Mary have reported the most missing cases.

NUMBERS NOT IN SYNC

In May, Osbourne Bailey, head of the Ministry of Justice’s Victim Services Division, noted that the number of sex crimes against children was rivalling those committed against adults in that month. The division has offered counselling to an increased number of victims over the period.

“Overall, the trend has been that these children become victims usually through those closest to them. So if a child becomes a victim of, say, rape, it is very rare that it is a complete stranger. It is somebody in the home, somebody related to the child,” Bailey stated then, sparking backlash from the Child Protection and Family Services Agency (CPFSA), which claimed that the numbers did not reflect in its statistics.

However, according to Edwards, CPFSA’s numbers are not in sync with the realities on the ground.

“For them (CPFSA), it is a regular number, and so there is no obvious change with them. But it is a change for us who are seeing the cases at the hospital. When I look at it, I see COVID-19 as the cause,” he posited.