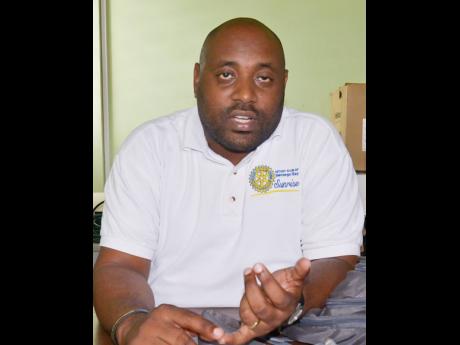 Farmers in Hanover got a chance to be integrally involved in the annual parish Social Development Commission’s (SDC) Local Economic Initiative (LEI) exhibition and bus tour, which was staged last Thursday at the Watson Taylor Park in Lucea.

“Basically, what we will be doing today is to take stakeholders, including persons from ministries, departments, and agencies, returning residents, restaurateurs, regular shoppers and other persons from across the parish, into the communities where the farmers and LEI entrepreneurs are so that they could purchase from them right there,” added Bisasor.

Bisasor also pointed out that those farmers and LEI investors, who are positioned at the farmers’ market located at the Watson Taylor Park in Lucea, will benefit from a stipend aimed at assisting in underwriting the cost to travel from their respective communities to the location with their produce.

Some of the areas visited by the stakeholders during the bus tour were Pondside, Cascade, Jericho, Hopewell, and Sandy Bay.

“Some of these LEI investors have not earned a cent for some three to four months, and as such, we also presented some of them with financial grants today. Since the pandemic, things have really taken a downward turn for some of them,” explained Bisasor, who noted that the day’s exercise is intended to inject some form of economic life back into the Hanover economy.

One LEI operator, who asked not to be named, told The Gleaner that she feels very encouraged with the effort by the SDC to assist her in keeping her business afloat.

“The lockdown did really mash up me business, and at my age nobody nah go employ me, so me sort a happy for the little assistance which can help me to start up back me business, now that the economy is opening up again,” the woman said.

With some 16 registered LEI investors and eight potential ones in Hanover, Bisasor said that the 2020 renewal is a bit special because of the inclusion of the farmers across the parish.