Jamaica may have to import eggs for Christmas 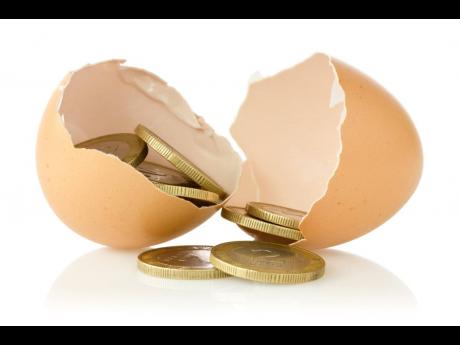 The disruptions in the egg market triggered by COVID-19 have left many farmers on the brink of ruin, with others facing severe financial hardships, a situation which may result in Jamaica being forced to import eggs for Christmas – for the first time since 2005. That is the dire warning from president of the Jamaica Egg Farmers Association (JEFA), Roy Baker.

He told The Gleaner that this is the time of year when farmers usually put in their orders for new pullets to meet the heightened demand for eggs. However, with most egg farmers now cash-strapped, they might not be able find the money the finance their operations as in former years, the effects of which will be manifested later in the year.

“When they put their order in, they have to put money where their numbers are at the same time. You don’t get the opportunity to just order and wait until the birds are ready and then you pay. You talking about a six to nine-month preparation, and this is when they are facing this most challenging COVID situation,” he told The Gleaner. “So we could be faced with a shortage later in the year, where we have to import eggs for domestic consumption,” he added.

The situation is compounded by the subsidy assistance provided through the Ministry of Industry, Commerce, Agriculture and Fisheries (MICAF), which the president says has excluded small farmers for the most part, a situation which he says needs to be addressed immediately.

“A little equity man, a little equitable distribution would mean that the thing gets around because not one small farmer has been able to benefit in a meaningful way. I think action needs to be taken, I think we need to look at the model we have and, most important, must work through the situation because just a few persons are getting all the benefits.”

In support of Mr Baker’s position, another executive of the JEFA has admitted that they have been in a dialogue with MICAF and the Rural Agricultural Development Authority on the matter in order to have it rectified.

“I explained that it is not just the farmers who have large investments that need help but all farmers. And whereas the larger farmers can absorb some of the losses, small farmers who basically live hand-to-mouth, if they can’t sell eggs they can’t buy feed, and so they will be forced out of business.”

The failure of these farmers to refinance their operations will have a cumulative effect and result in a severe egg shortage come Christmas, if steps are not taken immediately to address the situation, according to Baker.