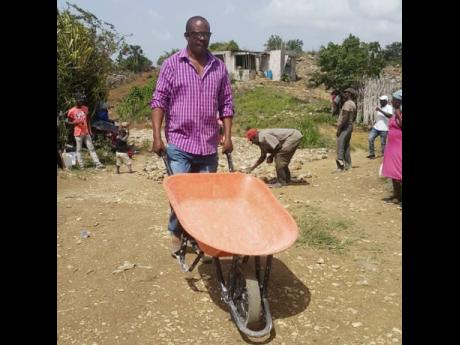 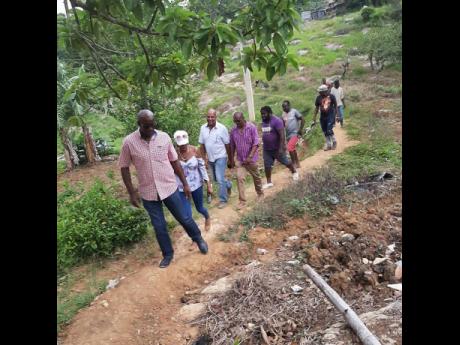 Contributed
People’s National Party caretaker for St Ann South West, Valenton Wint, leads others on a trek through the community of Bohemia in the constituency.
1
2

First-time Member of Parliament Zavia Mayne, who represents the rural constituency of St Ann South West, is banking on constituents to keep true to what he said was their promise to back him with votes once he “performed” in his capacity as their elected representative.

St Ann South West was created in 1959 as one of 13 new seats that moved the total number of constituencies in Jamaica from 32 to 45.

Since then, the Jamaica Labour Party (JLP) has dominated, winning the seat on every occasion except in 1997 and 2011, when the People’s National Party (PNP) captured the seat.

St Ann South West is the most rural of the four constituencies in the parish, most of it located in the region of the Dry Harbour Mountain.

Many districts dot the mountainside, some of the more populous ones being Aboukir, Clarksonville, Inverness, Bethany, Watt Town, and Gibraltar.

Mayne was in the constituency recently when The Gleaner visited.

“When I entered the constituency ..., when they voted for me, the people say to me, ‘Perform, and we will never leave you.’ So even before I get to the politics of it, the understanding that I have with the people is that once I perform, they will always be by me,” said Mayne, who is expected to be challenged by Valenton Wint, running on the PNP’s ticket.

Mayne disclosed that his political organisation was preparing to triumph at the polls.

The next general election is constitutionally due by February 2021.

Mayne said he should have no problem winning the seat because he has kept his end of the bargain with voters.

“The people are saying to me that for all the years of having a political representative, it is the first they have seen so much being done in any one term by a member of parliament,” said Mayne, who is also state minister in the Ministry of Labour and Social Security.

But the PNP caretaker, in a counter-punch, accused the MP of neglecting the constituency and using the distribution of COVID-19 relief supplies as a means of comeback.

“Mayne has the challenge of proving to the people that it was not just negligence that kept him away for four and a half years after winning the seat. He is running now like a chicken without head ..., running into many of the rural areas and taking with him COVID supplies at this time,” Wint said.

Wint, who is no stranger to politics, having contested and lost three elections on the PNP ticket before, believes that Mayne has underperformed in the constituency and should be removed.

Wint said the PNP was in striking distance of taking the seat, having two of the municipal corporation seats in the constituency on top of increased political work.

The four divisions in the constituency are Borobridge, Calderwood, Alexandria, and Gibraltar.

“We are in good shape, as the constituency organisation meets regularly, and we are in preparedness [mode] for election all the time,” Wint told The Gleaner.

But Mayne believes that his opponent will have a challenge proving his loyalty to constituents, given his history with St Ann South West.

“Mr Wint ..., the best chance he had to become member of parliament was passed from 2010 when he walked lef’ the constituency. This is the second time he is caretaker, because he was there 2010, and suddenly and without notice, he walked out ..., indicating he is returning to Christiana because that is where he is from and Christiana is his first love.

“Since then, he has had two elections in Christiana (Manchester North East), and the people there rejected him. So he has now come back to South West St Ann, which was never his first love, expecting the people now to show him first love,” Mayne said as he lambasted his political opponent.