ZOSO secrecy - CAPRI bemoans lack of details on crime-fighting initiative, but Chang says everything is out in the open 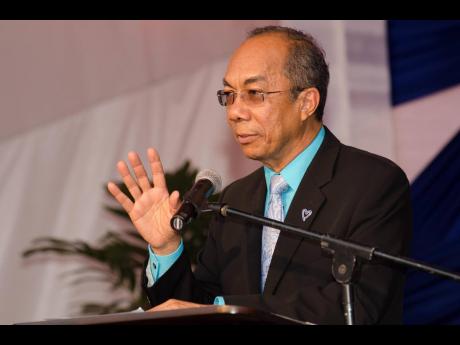 As the Andrew Holness administration launches a fourth zone of special operations (ZOSO), this time in the war-torn August Town community in St Andrew, researchers at the Caribbean Policy Research Institute (CAPRI) say they have been struggling to secure critical data to evaluate the anti-crime strategy.

Prime Minister Holness, like Member of Parliament Fayval Williams for the St Andrew Eastern Constituency in which August Town falls, has repeatedly pointed to a general decrease in murders and shootings, and residents’ peace of mind as proof that the multimillion-dollar initiative is working.

However, lead researcher at CAPRI, Dr Diana Thorburn, argues that these variables alone are misleading, and that a culture of secrecy in Jamaica shrouds any critical analysis of the ZOSOs that are already in Mount Salem in St James, and Denham and Greenwich towns in Kingston.

“It is very difficult to get information, and it is so bad that oftentimes we have to lean on our donors, who are also donors to those agencies because these agencies just don’t return our emails, they don’t return our calls,” bemoaned Thorburn, following a Gleaner Editors’ Forum last Thursday at the media house’s Kingston office.

“Some of the basic data we ask for are on incidents and violent shootings, data that would have related to the dispersal (of crime/criminals). So it’s one thing to bring it (crime) down in one space, but are you able to say that it has been stopped there or is it going to other places. Some of that is geoinformatic data.”

“I think there is a general culture of opacity that exists across the Government,” Thorburn argued, noting that the lack of transparency is contrary to what a democratic society ought to be.

The European Union (EU) is among the major sponsors of CAPRI projects and has placed much financial backing behind the Government’s ZOSO initiative. But the ZOSO is not the only project CAPRI has struggled to get research data on.

“We have been trying to get information about the Combined Cadet Forces but we can’t get any anything. We have funding from the EU to do research on what are the programme designs for specific interventions targeted at vulnerable youths and we just can’t get the information,” she said.

When contacted on Friday, National Security Minister Dr Horace Chang said he was uncertain about what CAPRI required outside of what was submitted to Parliament each month.

“I’m not sure what more information she wants because there is a report that goes to Parliament and the donors each month speaking to the work being done. Every time we report to Parliament we report in detail, a ministry paper goes in detailing what is expended and what is done. This is by law,” the minister explained.

“It is there, everything is in there; there is not much more. We have an obligation to report every 60 days to the prime minister and a report is taken to Parliament for the renewal, which has to have all of that in there, such as details about social infrastructure and costs of the programmes in the community. There’s nothing more to it.”