From demonic to the prophetic – Part 1 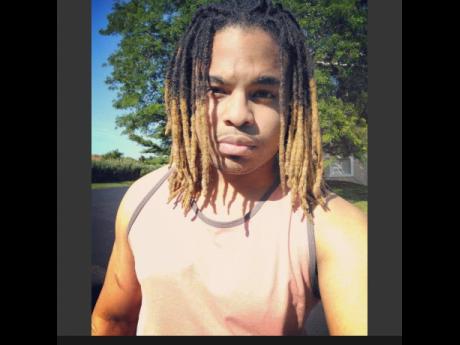 Contributed
Williams Jackson II speaks of how he transformed his life.

As early as diaper years, Williams Jackson II of Pensacola, Florida, knew he was marked for the supernatural. In fact, his calling was confirmed by what he and his family concluded to be an angel.

“It all started when I was a little boy. I grew up in a small family church in a small town by the name of Milton, Florida. As a child, I believed in the Lord. I was preaching in diapers and praying for people. One day, I was standing up in the buggy at a store ‘preaching’ as a child, and my grandmother told me to sit down because I was being too loud.

“This black gentleman in a black suit with white hair prophesied to her about my calling. She was rude to him, however, due to this, she felt remorseful and made an attempt to find him inside of the store,” he said, adding that surprisingly, the store employees whom she had asked if they had seen said gentleman revealed that there hadn’t been a man in the store that day that fit his description.

Williams told Family and Religion that the older he got, the more fascinated he was with magic. Unbeknown to him at the time was that this attraction would later assist in leading him through a very dark period in his life.

“I started playing with tarot cards, had a voodoo doll, would see familiar spirits, and started conversing with demons. This went on for around an estimated time period of 10 to 12 years. Though not limited to this, two major things that I was involved in was something called ‘sex magik’ and ‘alien’ communication. My involvement in the first gave me the ability to be able to send demons to people. These spirits would have sex with them in their sleep. This would also cause a satanic attraction to arise from that person towards me. The second thing caused me to communicate with satanic beings that masquerade as modern-day ‘aliens’. Due to this, I had a few dark visitations,” he said of his early teenage years.

Eventually, things would change. At about 17 years old, Williams learned that he would be a father, and due to this, he wanted to change his life for the better for his future daughter.

Despite his willingness to turn from the darkness, the then expectant father knew that Jesus was not in his plans at the time, but little did he know, he was in Jesus’.

Williams shared: “As I started to turn from this, I had a personal visitation from the Lord when I was 18 years old. [And] I heard six life-changing words. I heard, “Tell My people I am coming!”