Dwight Fletcher | Our faith will cost us something – Part II 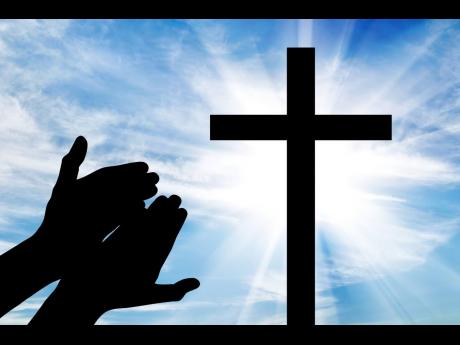 Last week, we began to talk about spiritual passivity. It’s this idea that being a Christian is about God pouring out blessings with little or no responsibility on our part. The Bible teaches that covenant relationship with God requires active participation and sacrifice on both sides. When we do otherwise, the impact can be damaging. Today, we will look at two examples of spiritual passivity and its consequences.

In Genesis, Adam was created by God, and God gave Adam the instruction of what to eat in the garden. Then God made Eve. Adam gave Eve the same instruction regarding what not to eat. Satan tempted Eve with the fruit, and Eve ate it. At the time Eve ate the fruit, Adam had not been involved and was still pure. 1 Timothy 2:14 states: “Adam was not the one deceived; it was the woman who was deceived …” When Eve gave the fruit to Adam, he had the opportunity to say NO. God had given Adam responsibility for the Earth and for his wife. He should have said no, waited until God came by, and asked Him how to deal with the situation. An active faith would have been proactive in its response, but instead, Adam responded passively, and this cost him and all mankind.

Husbands, we are the spiritual covering for our wives and families. This is our responsibility, and when this does not happen, chaos occurs and evil and rebellion come into the family. Parents are spiritually responsible for children, and when children run things, chaos results. Whatever positions of authority we hold, we need to be faithful and respond as God desires, or there will be grave consequences.

The Lord had great plans for King Saul. After Samuel anointed him as king, Samuel said: “The Spirit of the Lord will come powerfully upon you … and you will be changed into a different person. Once these signs are fulfilled, do whatever your hand finds to do, for God is with you.” 1 Samuel 10:6-7 (NIV). God’s plan was to make him great, but spiritual passivity got in the way. It came to a head when God told Saul to destroy the Amalekites in 1 Samuel 15:3 but Saul did not completely obey. Ninety per cent obedience is still disobedience.

According to 1 Samuel 15:9 (NIV): “Saul and the army spared Agag and the best of the sheep and cattle … everything that was despised and weak they totally destroyed.” God sent Samuel to challenge Saul on his disobedience, and Saul said, “The soldiers … spared the best of the sheep and cattle to sacrifice to the Lord your God, but we totally destroyed the rest,” 1 Samuel 15:13-16 (NIV)

Saul followed the crowd (the other soldiers) and decided to keep back some of the best of what the Amalekites had. And when Samuel confronted him, King Saul tried to avoid the blame by giving a clever response – they kept it as a sacrifice to the Lord.

When we are disobedient, we often make clever attempts to explain our behaviour/situation. However, we can’t fool God. Saul sinned – plain and simple. He thought he could get away with it. He was very careless and passive in his approach to the Lord’s instruction.

Although it was God’s intent for Saul to succeed as king, his passivity and disobedience when he followed the crowd cost him the kingdom. Another man, unrelated to Saul, became king, and Saul ended up in a state of torment and insanity.

If it happened to Saul and Adam, it can happen to us. Following the crowd and not taking responsibility can end disastrously. Let us commit to remaining active in our spiritual lives even when it costs us, because the alternative may be too much to bear.