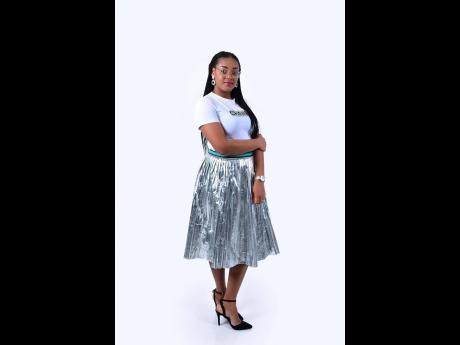 Shanique Beckford’s calling to pastoral and prophetic ministry came as no surprise as she has received numerous prophecies.

Admitting that she has always had a desire to pursue the office, following in the footsteps of her great-grandfather and uncles, Beckford shared that God had also told her that she would have a life in ministry.

However, Beckford told Family and Religion that as a young adult, she was advised against pursuing a degree at Bible school as it would not have been financially viable to take care of her family.

So she began her pursuit of a degree in business.

“After a year and half of studying, it didn’t feel right. I was compelled to study theology. I started Bible school and followed my passion and calling. I knew there was a call on my life. When I left Bible school, I was working with a popular local company, yet I was never comfortable. I tried to remain as independent as possible rather than being dependent on God to provide for me.

“I was always asking for time off from work as I was heavily involved in preaching across the country at tent crusades, conventions, and so on. I tried to keep my job, but it was interfering with the work of God. Eventually, I gave in to the call of full-time ministry and started pastoring for another pastor,” she shared.

Beckford, along with her husband, Sadikey, soon launched their own ministry, called Elevation Centre at 80C Queens Drive in Montego Bay, which she said was a fulfilling and rewarding move despite its challenges.

With the church’s first anniversary in August, the pastor shared her gratitude towards God for His guidance and keeping.

According to Beckford: “If it had not been for God, we would not have still been around, but this is God’s church, not ours. Many gave us three months. Some gave us six months for the doors to be closed. They said we were young and had no wisdom in what we were aspiring to do with the church. There have been days of discouragement as all humans face such, but when God has given you a task and you are passionate about what you do, you will not quit.”

Beckford shared her disappointment over the lack of unity among churches.

“As a young pastor, I had no idea that there was such division in the Church. We have sworn to be different. I must say there are many genuine churches and ministries in our country and that we can’t use a few to brand all.

“Many look down on young pastors, especially female pastors, saying they are not capable of doing what a man can do. I’ve had people refuse to return because they will not worship with female pastors, but while this has been going on, God has been using the church to impact the community.”

Beckford revealed that many have admitted to cancelling visits to the obeah man; young women have been delivered from toxic relationships with criminals; and people are being healed and delivered from generational curses of poverty, suicide, and struggle.

“Over the past year, we have seen growth, and I just want other young, aspiring preachers to know that it’s not easy, but with God it’s possible. Others will try to stop you, but trust God to keep you. Also a word to the nation: the Church has not lost its power or impact. God is still working in the churches in our beautiful country,” she said as she shared that their anniversary celebrations are to be held at the church from August 4 to 9.

The main Sunday speaker will be the Reverend Mark Stewart, chief executive and founder of the Jamaica Restoration Breakthrough PHD church with locations in Manchester, Portmore, and Clarendon.