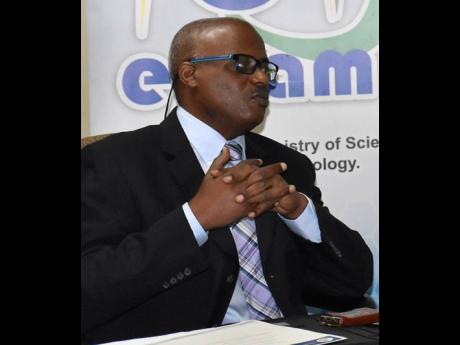 Chief executive Officer of e-Learning Jamaica, Keith Smith, has said teachers in St Thomas have expressed their satisfaction with the tablet computers they received recently under the Government’s ‘Tablet for Teachers’ programme.

“We have completed distribution to teachers in St Thomas, and the feedback received was tremendously positive,” Smith said.

He noted that since schools have had to move their operations online, some teachers have expressed how difficult it is to use their cell phones to conduct virtual lessons.

“They complained about their phone screens being too small, and inadequate storage space on their mobile phones. The new tablets from the Government rectify these issues and will give teachers the means to access the Internet, conduct private research and carry out online transactions,” Smith said.

Each tablet is outfitted with an additional 16 gigabytes of storage and stylus, as well as a protective case, he noted.

MORE TO GIVE OUT

He shared that e-Learning Jamaica is confident that a total of 25,000 tablets will be distributed to teachers islandwide by the end of August under the programme.

“Seventeen thousand eight hundred and fifty tablets have already arrived on the island, with the remaining tablets scheduled to arrive in July. Distribution of the tablets to teachers is being carried out by the Postal Service under the guidance of e-Learning Jamaica,” Smith said.

He encouraged teachers to properly care for their new device and to be aware of accessing fraudulent sites and mobile applications.