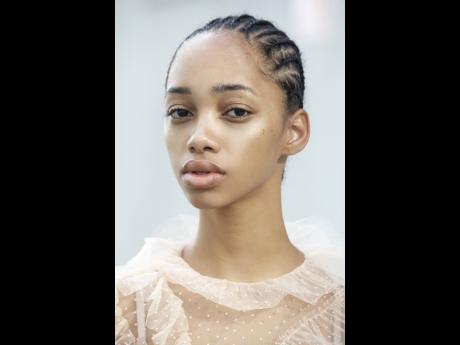 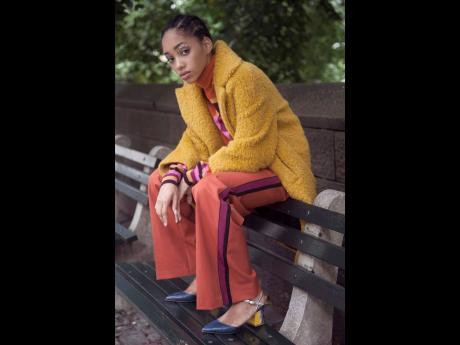 It has been said that “the most important thing in a dress is a woman who wears it.” For the second time this year, Pulse and Caribbean Model Search TV show winner Daniella Davis has been selected to represent the celebrated American fashion and accessories label Marc Jacobs.

Davis’ first outing with the brand was in March, where she starred in a mascara campaign for Marc Jacobs Beauty. In advertising titled ‘At Lash’d,’ the beauty sparkles as she shows off a new line of long-wear, vitamin-enriched, plant-based mascara which promises to condition while delivering “extreme length and curl with the blackest and shiniest” results when applied to lashes.

“I was pretty excited to be chosen for this beauty campaign,” says Davis. “It’s every girl’s dream to have great-looking lashes. I never leave home without mascara, so I was just right for this gig.”

The star was called on once again by the Marc Jacobs team for their new Fall collection. Images from the shoot will hit stores and go viral in September, but Davis was able to give us a peek into the great clothes and accessories she wore. “The collection is really fun and hip, with lots of the Peanuts characters on the shoes, pants and sweaters. Charlie Brown and Snoopy were on the accessories, and the tote bags were a big focus on the shoot,” says the model.

Davis grabbed the Caribbean Model Search (CMS) TV title in 2018 but began her international career at the end of 2019, when Pulse signed her to the Women/Supreme Model Management team in New York. Her youthful allure has earned her clients like Apple, Aeropostal and Macy’s, and she has also landed editorials for magazine heavyweights Glamour, InStyle and Women’s Wear Daily.

She joins a long list of stars from the company’s primary source of talent scouting – the Caribbean Model Search – to make an instant impact on the international fashion scene. “Her development during the time of her participation in the CMS TV show gave us an indication of her potential,” says Pulse Director and judge of the show, Romae Gordon. “Getting the nod from the team at Marc Jacobs puts Daniella on an excellent path for great success.”

Marc Jacobs launched his eponymous line in 1984 and has since amassed a long list of awards, the first of which he won at graduation from design school. Jacobs’ fashion edge brought him much acclaim and earned his company the best menswear, womenswear and accessories design house in America over several years, beginning in 1991, from the Council of American Fashion Design. The designer also spent 17 years at the helm of the famous French design house, Louis Vuitton.