The golden boy - Lamuir Williams proud of her gifted son 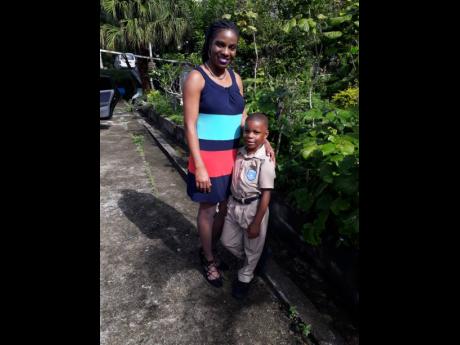 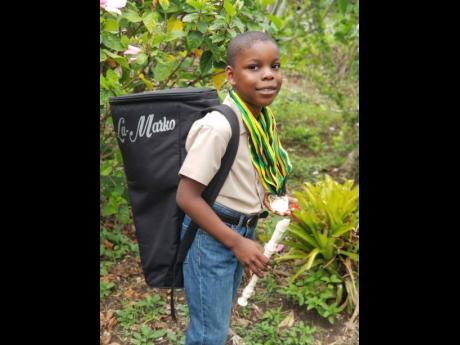 Contributed
La-Marko Cobban posing with his medals and instruments. 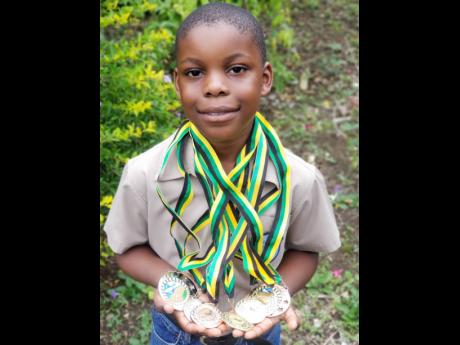 Every parent thinks his or her child is special – a cut above the rest – but what if he is actually talented, even more gifted than other children his age and older? This is what Lamuir Williams found out about her son, La-Marko Cobban, when he started attending Happy Hours Early Childhood Development Centre.

According to Williams, the principal for the preschool encouraged her to get La-Marko tested because at two years old, he was doing the work assigned for those who were in kindergarten, even though he was only attending nursery.

However, this followed a trend where La-Marko achieved different milestones at an early age.

“He walked and talked early, he spelt and wrote his name early; all of that by about age three,” said the proud mom. “He was also doing his little reading, could identify cat, rat, bat and so on, and could spell them.”

Williams shared with The Gleaner that she suspects that La-Marko being so exceptional could be because of ‘some sort of stimulation’, as she was pregnant with him while she pursued her master’s degree.

“He was up doing all the work with me and he would move when I would ask, ‘What are we going to put for this question?’ and stuff like that. I would talk to him a lot, but I think he got that stimulation from in the womb,” Williams explained.

Now, at seven years old, La-Marko has a résumé a mile long filled with activities and skills that he has excelled at. Williams shared that at the end of the first grade, La-Marko had earned the top boy position at school, despite missing several classes due to his many extracurricular activities.

“He has several medals from competitions, and they call him the ‘golden boy’. He does the keyboard, recorder, djembe drum and he does the trap set. He sings and does poetry, for which he has a gold medal. He is just very creative,” Williams gushed.

She went on to add that most of his musical abilities are self-taught, starting with La-Marko using her pots and pans at home as drums when he was younger.

“When he went to school, the music teacher said that he has potential and started to nurture him. Then he has his own personal music teacher, who is my best friend. She sees him every day and he is just going and excelling,” Williams shared proudly.

In addition to excelling in the arts, La-Marko also does well in sports. He is a member of the cricket team and the youngest footballer, too. Add to the list the 4-H club and being a part of the school group that competed in the Minard Livestock Show and Beef Festival that is held in Brown’s Town, St Ann.

With La-Marko excelling in these areas, his future is a bright one,

“He says he wants to be a doctor, a pilot and a footballer, with the explanation that if something happens to a passenger on the plane then he can help them; and when he is off, he will play football, so I guess that just how I see him in the future,” Williams explained.

Because he is excelling so rapidly, Williams finally got La-Marko tested and it was revealed that he is gifted. A suggestion was made that he develops programmes because he gets bored easily. As a grade-two student, he excels at assignments designed for grade-six students,