Clarendon farmers have beef with thieves 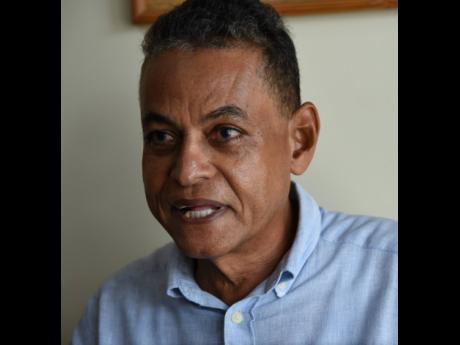 Ian Allen/Photographer
Clarendon South West Member of Parliament Noel Arscott says that farmers in his constituency are under siege from thieves.

Thieves are breaking hearts and uprooting livelihoods in the constituency of Clarendon South West, plundering up to 150 animals in one raid.

The stolen animals are ending up on dinner tables across the island, but Member of Parliament Noel Arscott theorises that a major player in the meat business is the beneficiary of the praedial larceny network.

Zachary Reid, a young farmer located in Mount Gravel, has been a victim of a daring daylight theft that has derailed his plans to sink his teeth into the goat cheese market, including for export.

He had purchased several nanny goats for between $20,000 and $30,000 each with the hope of breeding sufficient numbers to set the stage for his business.

But on Mother’s Day, the thieves struck.

A goatherd went for lunch and returned to find the numbers depleted.

“After maybe an hour of searching, he said, ‘Something is wrong.’ He called us, and we realise that they neatly cut the diamond wire and fill it in back. They put it back and make it look like nothing happened,” Reid told The Gleaner during a visit to his secluded farm at the weekend.

“Is actually a piece a goat hair we see, and we realise, and we walk now and see that there were truck tracks.”

Eighty-four goats were stolen, and he has not been able to recover since.

He estimated his loss at close to $2 million.

“Me lose a lot of heart so till the remaining amount just started to die. ... If you really lose heart and not care for them, they will die,” he said, mentioning that the 14 that remain will have to multiply on their own because he fears buying more only to again be hit by the thieves.

In Milk River, Constantine Levy said that all of his 15 cows that he had been rearing for a meat shop were stolen in January.

“Me just wake up and see rope. Cow nuh mek noise a night, so I would not hear them, and not one dem nuh left gimme. That is how them wicked,” he lamented.

One of the cows, he said, could have fetched him half a million dollars.

Arscott said that the thieves have no qualms about cleaning out the farmers.

He told The Gleaner that two weeks ago, more than 30 heads of cattle were stolen. Only eight of them have been recovered.

“There is supposed to be a praedial larceny unit in the constabulary force, but what I think the problem is, they are trying to find the individual thieves. What they are not targeting are the buyers.

“We have information that there are established entities who are purchasing these stolen goods, and what the police need to do is to zero in on these people and stop them.”

Many persons, according to the farmers interviewed by The Gleaner, have given up reporting theft to the police.

“They just don’t turn up,” Arscott said of the police.

That sentiment was recently corroborated by Deputy Commissioner of Police Clifford Blake, who disclosed that for the five-month period January 1 to May 31, there were only 22 cases of farm theft reported to the police throughout all of Jamaica. But Blake said he could cite 22 anecdotal instances of farm theft in his native St Elizabeth alone.

Agriculture Minister Audley Shaw’s much-touted overhaul of the Praedial Larceny Unit has not appeared to have got off the ground, or borne fruit.

Arscott suggests that the police and the Ministry of Agriculture need to run sample DNA tests of meats at business establishments to determine whether they were obtained through legitimate means.

“We are not applying technology to what we do, and that is why these criminals have been able to get away with so much for so long,” Arscott said.