Something is wrong with our society – Jarrett 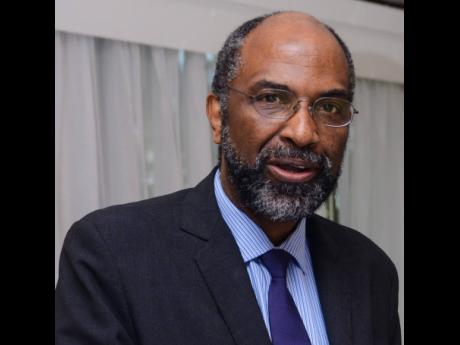 Two of the presenters at Tuesday’s launch of a joint Jamaica Stock Exchange and International Development Bank project, ‘Innovating Social Sector Financing’, have said something is fundamentally wrong with the Jamaican society, citing as evidence the high levels of youth involvement in crime and corruption.

Chief executive officer of the Jamaica National Group, Earl Jarrett, and ambassador for the Jamaica Social Stock Exchange, Thalia Lyn, both presented arguments in support of greater investment in the country’s social infrastructure, which could redound to much greater economic as well as social benefits.

Jarrett, delivering the keynote address at the launch held at The Jamaica Pegasus hotel, New Kingston, noted that the event was bookmarked by Emancipation and Independence celebrations. He lamented the fact that teenagers were among those killed by the security forces over the weekend.

“It struck me that something must have gone horribly wrong when you are found in a group with high-powered weapons and in the company of people who have been described as a ‘Terminator’ and a ‘Hitler’,” the JN Group CEO said.

Six young men were cut down in a security operation in Effortville, Clarendon, shortly after midnight on Saturday. Among the dead were 18-year-old Fabian Fuller of an Arnold Road community in the parish, while two others, 25-year-old Leon Rose, otherwise called ‘Hitler’, and 24-year-old Zemmar Nelson, also known as ‘Terminator Boy’, were described by the police as ranking members of the Bushman Gang, which has been enjoying a reign of terror.

Meanwhile, the mother of 24-year-old Ishmael Green, who ran away from his Mineral Heights home in the parish at age 18, was said to have resisted the efforts of relatives to put him on the straight and narrow. One family member disclosed that in 2018, Green’s family arranged for him to work in The Bahamas, in an effort to keep him from bad company. However, he secretly returned to Jamaica and distanced himself from these well-meaning family members.

Lyn, who is the founder of Island Grill, commended Jamaica’s performance in mitigating the spread of COVID-19 and rebooting the Jamaican economy, but charged that “we have failed miserably in managing crime and corruption”.

“Something went wrong with our country, which I hope that through our efforts we can begin to change. The COVID pandemic caused such a disruption in the economy and the disarray caused a lot of lay-offs, a lot of unemployment and, of course, escalated crime ... The resultant unemployment has created even more serious social upheaval, and that predominantly affects the youth, as well as gender-based and child abuse,” the businesswoman charged.

Lyn disclosed that at a national crime summit she attended on Monday, the consensus was that urgent strategies grounded in social interventions are absolutely necessary to mitigate crime.

“At this particular time, private entities have limited or no discretionary funds, and unless we play our part in addressing the social issues that lead to crime, none of us will survive this pitched battle,” she warned.

Jarrett underscored the importance of combining economic and social engagement for the good of the country, noting that Jamaica has had persistent challenges throughout history, with the situation made worse by the decline in the sugar industry in the years leading up to emancipation from slavery.

“Those challenges were never fully addressed by the colonial government, resulting in poor education due to inadequate schooling, poor health facilities and limited or no banking services for the majority. Sadly, these anomalies continued through the years into Independence in 1962.”