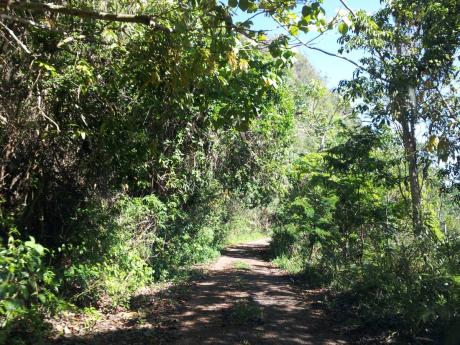 The preservation of forest cover is seen as an important part of the effort to derail climate change impacts.

COMMUNITY STAKEHOLDERS keen on making their mark in the conservation of coastal forests are likely to have an opportunity to do so, with a call for proposal expected out this year from the Environmental Foundation of Jamaica (EFJ).

The revelation was made by EFJ boss Barrington Lewis, who said they were opting to focus on coastal forests, based on findings from a recent review.

“We did a strategic review on grants awarded under the Tropical Forest Conservation Agreement and saw that this area of coastal forest was underserved. So we are going this route,” he said.

“They play an important role in protecting marine biodiversity and supporting the livelihoods of coastal and island communities by providing habitats for fisheries, filtering water, guarding shorelines and creating opportunities for tourism and recreation,” explains the United Nations Environment Programme (UNEP) website, in an article titled ‘Blue Forests: Finding Coastal and Marine Solutions to meet the Paris Agreement’.

“Blue forests also play a vital role in addressing the impacts of climate change. Such ecosystems are highly efficient in storing and sequestering atmospheric carbon in biomass and sediments, storing up to ten times as much carbon per unit area than terrestrial forests. The ability of coastal vegetation to sequester carbon is called ‘blue carbon’,” the article added.

Climate change and its many impacts – including not only warmer global temperatures, but also extreme weather events, such as the Category 3 to 5 hurricane events seen in the Caribbean over recent years – are fueled by the emission of greenhouse gases, including carbon dioxide.

As a consequence, there have been ongoing calls for the protection and creation of existing and new forest, on the coast and inland, to help to limit the socio-economic fallout from climate change.

“The destruction of these ecosystems (blue forests) can release buried carbon into the atmosphere, such as carbon dioxide. This further contributes to climate change, and reverses the climate adaptation and mitigation benefits they provide to local communities and the world at large,” notes the UNEP article of the potential consequences.

Here in Jamaica, such forests, notably mangrove forests, face the added threat of pollution, as seen from a recent study of plastics done by The University of the West Indies (UWI).

In citing findings from the mangrove nursery experiment, designed to document the effect of different types and densities of solid waste on different species of mangrove trees found in Jamaica, Professor Mona Webber, who heads the Centre for Marine Science at the UWI, said plastics are a significant threat.

“We looked at whether a mangrove seedling – a natural plant that comes from the forest – could emerge and grow under both densities and types of marine debris, including plastic bags, plastic bottles, and non-mangrove wood,” she noted of the research led by doctoral student Camilo Trench.

“What we found was that in all densities, plastic bags on the surface of the soil results in zero seedlings emerging,” Webber told The Gleaner last February.

Beyond that, the professor said that microplastics are a growing problem.

“We have completed a preliminary study that quantifies the microplastics associated with the mangroves in Kingston Harbour. This is Jamaica’s first baseline of microplastics in our waters and values were as high as approximately 2.6 million particles per kilometre square. Compared to global values, we are what we would classify as a heavily polluted bay,” said Webber, who did the study with Deanna Rose from the International Centre for Environmental and Nuclear Sciences, also at the UWI.

“Microplastics in our waters can be consumed by fish and shellfish and, therefore, have the potential to get into our food, to be eaten by us. This material can have far-reaching health effects,” she added.

Lewis, meanwhile, has said those interested in responding to the new EFJ call for proposals can listen for information on the proposal writing workshop to inform their application efforts. The dollar value of the individual grants to be awarded was not immediately clear.