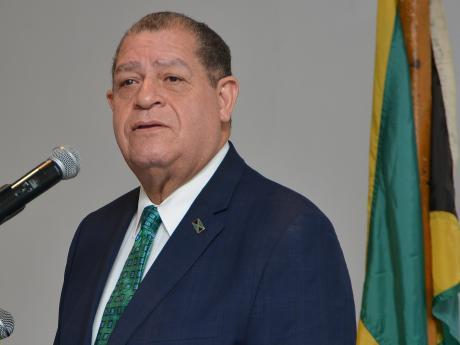 Agriculture Minister Audley Shaw says the government is continued to providing support to the sugar industry amid the closure of the Appleton Estate Sugar Factory.

The closure was announced last month with the company indicating that the management of the farm will be divested to a third-party entity.

The positions of approximately 370 workers were made redundant.

Shaw on Wednesday held a virtual meeting organised by the Ministry to discuss issues relating to the factory’s closure as well as to plan for the way forward with stakeholders.

Also in attendance were representatives from the regulator Sugar Industry Authority and SCJ Holdings.

In a statement today, Shaw commended the management of Appleton Estate for the plans that the company has developed to ensure a smooth and amicable transitioning of former sugar cane workers and farmers with the closure of the factory.

Shaw also expressed appreciation to the management of Pan Caribbean and Worthy Park for agreeing to facilitate the processing of sugar cane in the upcoming season from farmers in St Elizabeth and Clarendon.

The provision of subsidy for transportation of cane to the factories was also discussed at the meeting.

It was indicated that Appleton Estate will be providing housing assistance, continued assistance to former workers’ children through scholarships and educational programmes, and the write-off of loans.

Shaw further indicated that the government has given a commitment to Appleton Estates to provide support for the regularisation of lands currently occupied by farmers and workers.

Going forward, the SCJ Holdings, in partnership with the Rural Agricultural Development Authority, is to determine the infrastructural requirements for lands to be allocated for farming of alternative crops.

Other follow up actions include finalisation of agreements for processing of sugar cane between Pan Caribbean, Worthy Park and Appleton, the divestment of sugar cane growing operations in St Elizabeth and Clarendon to a group of former senior managers and the handling of sugar sales quotas via the Sugar Industry Authority between marketing agents.