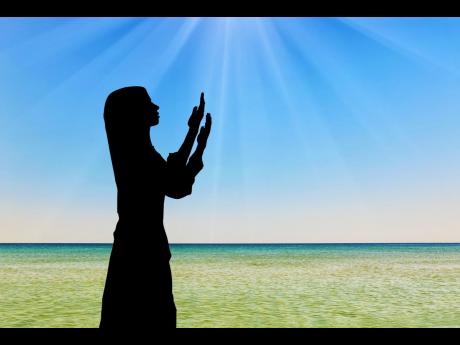 After heeding the instruction of the Lord to host live deliverance programmes on social media, Prophetess Shanika Sutton noted that many persons who sought prayer and intercession were in spiritual bondage.

This captivity, she explained, ranged from poverty to witchcraft, sexual perversion, stagnation, addictions, and sicknesses.

To attend to the overwhelming number of prayer requests that flooded each live video, Sutton told Family and Religion that God gave her the idea to start a month-long prayer challenge.

“With the absence of the prophetic and deliverance ministry in most churches in Jamaica, many persons are bound, and they do not know. For the most part, they may be having dreams representing bondage, for example, going back to an old house, job, or school, which often indicates stagnation and poverty.

“Without prophets, who were normally dream interpreters and seers in the Bible, most persons won’t be aware that a demon or a curse may be behind their situation. Therefore, the purpose of the challenge was to identify curses and demons behind each person’s situation and to teach them how to engage in spiritual warfare. We prayed deliverance prayers every day for a month along with using the Word and doing some days of fasting,” Sutton shared.

The woman of God said the Lord further instructed her to record herself praying against various spiritual struggles and oppression and publish the recordings so persons could pray along with them and be delivered.

She admitted that she was somewhat ignorant of the technicalities associated with creating said footage but that God sent help through an events production company called ‘Dr Phil Entertainment ‘, which according to Sutton, made contact and offered to help for free, which Sutton described as a miracle and further confirmation that God approved of the initiative.

“The essence of the prayer audios was to rebuke the different spirits affecting the persons who joined the challenge, and once they were delivered from those spirits, they would see changes. It’s no different from what Jesus did with the woman who had the spirit of infirmity in Luke 13:10-13. After He rebuked it, it left, and the woman was made whole. The principle here is that once you rebuke the spirit behind your condition, you will begin to see results. However, this time, deliverance was being done through social- media technology.

“The testimonies were exceptional. One person in particular, who was jobless, fell asleep with the audio of me praying against spirits of joblessness and poverty and woke up to a text that she had a Zoom job interview on that day and started the job the very next day.Likewise, one lady told me that her husband had not worked for four months. She listened to that very audio for the first time around 2 a.m., and before 8 a.m. of the very same day, she got a call that her husband had a job opportunity waiting,” Sutton shared of the results of the month-long prayer challenge, adding that other persons have secured multiple jobs, scholarships, and long-awaited promotions.

“We also had testimonies of healing. One person testified that she was diagnosed with a condition of the uterus, which caused her not to menstruate for almost a year. After she listened to my audios and prayed as was instructed, she was delivered from a spirit of infirmity, and her period finally came during the one-month challenge. I invited a ministry colleague, Prophet Joseph Johnson, as a part of the challenge, to pray for women with conditions of the womb. He specifically touched on spirits causing fibroids, and one woman reported that she had a huge fibroid, but after the prayer, it disappeared. Most importantly, throughout this challenge, many persons got saved and some recommitted their lives to God,” she said adding that all glory belonged to God.

Sutton told Family and Religion that the prayer challenges are an ongoing event and that persons may join at any time.

Those wishing to do so may follow her ministry on Facebook at Shanika Sutton - Prophetic Ministries and send a direct message or an email to shanikasuttonpm@gmail.com.