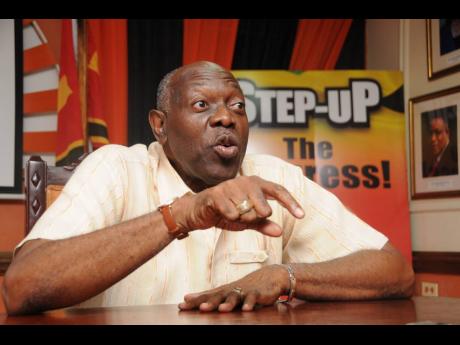 The People’s National Party (PNP) standard-bearer for Eastern St Thomas, Dr Fenton Ferguson, is concerned about the fundamental right to vote of persons who do not have the COVID-19 virus, but are living in affected areas.

His concern was ignited by news of a partial lockdown of St Thomas with curfew between the hours of 7 p.m. and 5 a.m. as of Nomination Day, August 18. This decision by the Government, he said, will impact the election in the parish, especially in the constituency he represents.

“One of the concerns that I have is the fact that most persons will become disenfranchised, and in a democracy, the right to vote is fundamental.

“Minister of Health and Wellness Christopher Tufton had pronounced that once you have an opening up (of the country), we would have a spike in terms of new cases. It is unfortunate that St Thomas, which had only four cases in the first wave (of the virus), now has over 80 new cases in the last two weeks. It is sad because what is taking place is impacting the ability of many of our seniors, who will not come out to vote.”

Ferguson said that the impact of the curfew, which extends to the younger voting population, could have been avoided.

“The election was announced knowing that we were in a pandemic, and the conditions that are now unfolding are consistent with the predictions not only in Jamaica, but regionally and globally, that there would be a second wave of COVID-19. Our opening up made it happen even sooner.

“I am very careful because a lot of our people in the rural areas go to their field during the daytime and get home in the evening, and some at nights.

“So campaigning for us would be in the period where people are home,” he said, as he outlined the limitations of a 7 p.m. to 5 a.m. curfew where campaigning is concerned.”

Ferguson, who is contending for a seventh win, described the situation as a clear case of the mismanagement of a pandemic, and shared that he will be closely monitoring the situation to ensure that persons living in lockdown areas in St Thomas, who are not among the confirmed cases, will have the opportunity to cast their ballots.