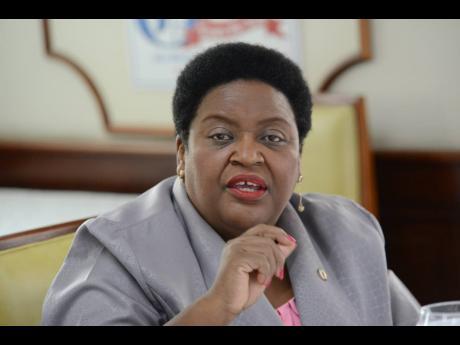 Political Ombudsman Donna Parchment Brown is urging the police to enforce the law against anyone who breaches COVID-19 guidelines during the campaign season, in an effort to maintain an atmosphere of safety that will encourage voters who may be afraid of contracting the disease while participating in the election.

The ombudsman was responding to a question about how COVID-19 cases could affect voter turnout from JNN's Michael Sharpe during yesterday's Jamaica Debates Commission virtual press briefing. Voter participation dipped below 50 per cent in the 2016 general election, with a little more than 48 per cent of the electorate voting, the lowest participation recorded in any general election.

"I’ve said to the police that from where I sit, they must warn for prosecution wherever they see breaches that endanger the public and our democracy,” she said. “And, where necessary, they must arrest and charge.

“This is too serious. And some people will stay home because they are afraid that other people will be irresponsible,” she continued.

She also urged candidates to act responsibly and to encourage supporters to listen to the police.

“It’s important for the public to understand that the police are not trying to stop people from enjoying their election; [the police are] trying to help them to obey the law and to be safe. So when the police say ‘You may not congregate in this area, move on and keep on moving,’ this must be obeyed. We don’t want a situation repeated, as we saw, where a candidate literally told the people present to ignore the police,” she revealed.

Parchment Brown said there may also be need to revise the agreed campaign protocols and encourage supporters and activists to take their campaigns fully online. The ombudsman had agreed with political parties to allow groups of five people to conduct house-to-house canvassing, she said, and up to two can enter a home for no more than 15 minutes.

“It may be that that should no longer be the position, bearing in mind the complete risk, and that no one can say, by looking, who has been exposed or who has COVID-19,” she said.

She continued: "The social media space is really where a lot of the campaigning will take place this cycle, and may just be a very good thing for the posts now to focus on political information more than the other nefarious, malicious and unnecessary posts that we have been seeing for months.

"So I think it is an opportunity for anyone who supports a political party to become a campaigner on their digital space on behalf of their party, so that turnout may indeed be better than the turnout in the 2016 general election," she said.