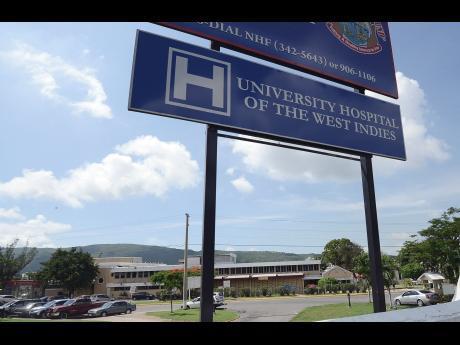 The University Hospital of the West Indies (UHWI) has called a message being circulated on social media purporting that the hospital is at its capacity because of an influx of COVID patients, false.

The message also claims that the hospital is not accepting patients.

In tweet a short while ago, UHWI said it is asking the public to desist from sharing false information.

In the meantime, it is understood that only emergencies are being seen at the Kingston Public Hospital, as some doctors and health care workers have been showing symptoms of the disease and have had to be quarantined.

Calls and messages to ministry officials were not answered.

However, speaking to The Gleaner, Opposition Spokesman on Health, Dr Morais Guy said a hospital in the western end of the island also seems to be having similar problems.

"The fact is, hospitals are overwhelmed," he said.

"There is a personnel shortage as well to man the system and if you have an influx of patients, coupled with a personnel shortage, that certainly is a recipe for disaster in the health sector and the ministry has not said anything about it and that is where one of our concerns [is]," he said.

He is calling for the health minister to address the matter publicly.

The Health Ministry will hold a COVID press conference this evening at 8 o'clock.