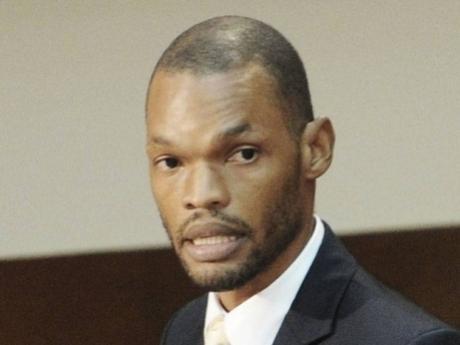 Raymond Pryce, the People’s National Party candidate for St Catherine East Central, has sought to explain an incident involving him and the police, a video of which has gone viral on social media.

Pryce told The Gleaner that he was preparing to host a back-to-school treat for children in Caymanas Gardens Site A on Sunday but was informed that he could not because of protocols relating to COVID-19.

The politician said he complied and the children were sent back home.

But things took a turn, he said, when the police visited the location where the treat was supposed to be held.

“I went to the location and greeted a few of the persons who were helping to set up, telling them, ‘look, it is understandable’.”

The location is adjacent to a netball court nearby, where several girls were playing.

According to Pryce, three police vehicles drove to the location and a constable told him that he should tell the crowd to disperse because the police had already ordered that the event be called off.

“I said to the constable, ‘Well, if you look around, you will notice all of the things that were being set up are gone and the children are gone. I am here talking with a few persons’.”

Pryce said the police later asked about the girls playing netball and he told them they were not a part of his planned activity.

The politician further explained that more members of the security forces later turned up claiming that the event was still happening.

But Pryce said he insisted that his event had been cancelled.

That’s when the police told the netballers to leave but Pryce said another set of cops turned up and a deputy superintendent of police ordered him to leave.

“She said she doesn't care about me and my politics.”

Pryce said he argued with the senior cop that the curfew was not yet in force and furthermore, he was unable to leave because the police vehicles were blocking his car.

Pryce said he was told by the policewoman that he was in contravention of the Disaster Risk Management Act, insisting that unless he lived in the community or had a spouse there he had to leave.

The politician said he demanded to know what section of the act he had breached, but the deputy superintendent could not say.

“So, mi siddung, then mi cut me two hands behind mi neck and mi cross mi feet at the ankle,” he said.

Pryce said the policewoman told him that he was “an embarrassment” and that his antics were unnecessary.

The cops would eventually leave as the rain began and Pryce walked away with a supporter.