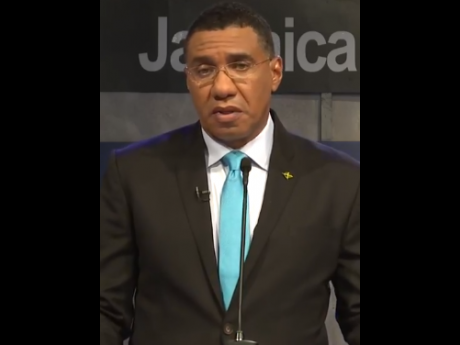 Prime Minister and leader of the Jamaica Labour Party (JLP), Andrew Holness is standing by his decision to call the general elections despite the dramatic upsurge in COVID-19 cases.

Pressed by journalist, Dionne Jackson Miller  about the his decision and subsequent conduct on the campaign trail during the leadership debates, which ended a short while ago,  Holness said the country is still cited among the best in the region for its management of the disease so far and its low COVID-19 mortality rate.

“We would never do anything to place the lives of people at risk. The pandemic will only end when there is a safe and widely distributed vaccine,” he responded.

Holness said it might take more than a year for scientists to develop a vaccine.

“This would be well outside the constitutional limit to call an election. Jamaica is still considered to be one of the countries that has managed the pandemic really well,” Holness said, as he stood by his decision to call the elections for September 3.

Holness noted that Jamaica is not the only  country that has held elections during the pandemic.