Political ombudsman writes to Charles over allegations of bribery 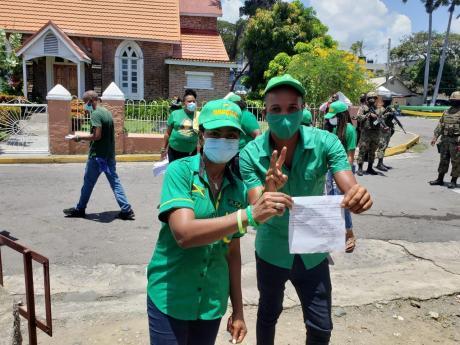 The letter emphasised that her father was no longer employed to the State.

"In addition, it has been reported that you attended the same meeting and was observed asking the attendees for their votes. You then turned your back to display your shirt with your name and picture on it," the letter to Michelle Charles stated.

The ombudsman said if the allegations are true, then Michelle Charles has breached the Agreement and Declaration on Political Conduct (Code) standard 1, by using public or private funds to improperly influence electors' choices.

"This may also be a breach of the Representation of the People Act, Section 91, which prohibits bribery," the ombudsman went further.

"It appears persons were being paid 50 per cent of what they expected in a political context," she said.

She has asked Michelle Charles to respond to the allegations urgently.