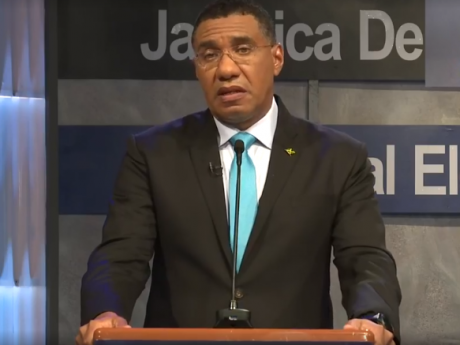 Prime Minister Andrew Holness says he has plans to build a “tech city” in Portmore, St Catherine, to move forward the country's ambitions of becoming a digital society.

Holness said it was critical that young people are properly trained to participate in the opportunities that will emerge from the fourth industrial revolution.

The prime minister was fielding a question on how his administration planned to lead a digital transformation of the society, during Saturday night’s leadership debate.

Accusations were levelled against the Dr Peter Phillips-led Opposition for using its position in the Parliament to block what Holness labelled as “important” pieces of legislation to move the society forward. Holness has contended that the National Identification System (NIDS) is the foundation for building a digital society.

The prime minister said from Portmore, the Government would look at establishing similar technology institutions in St James, St Mary and St Elizabeth, but he did not give a timeline for the execution of these projects.

“We will get the young people of this country in tune with the fourth industrial revolution, so that we will not just be mere consumers of technology, but creators of technology,” Holness stated.