Why the JLP will win the 2020 general election 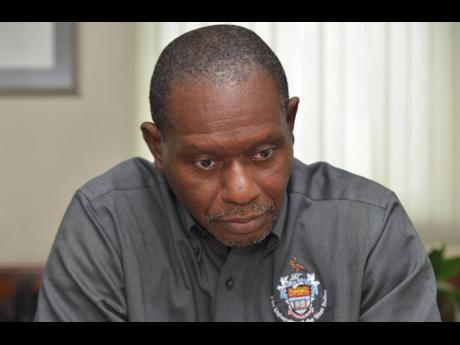 Jamaicans are concerned about several important factors in the country that tend to influence how they vote in general elections. Two of these factors are the state of the economy and the level of security in the country.

The data I am about to analyse were collected from published official documents from 1962 to 2020 and used to build the economics and security election forecast model.

THE DIFFERENCE BETWEEN POLLS AND MODELS

The economics and security model take factors that influence how people vote and statistically assess their influence on the outcome of general elections in Jamaica over 58 years from 1962 to present.

Models tend to be top down and polls are bottom up but they are related. The connection here is that the economic indicators and the homicide rate that influence how Jamaicans vote that are used in the election forecast model are also captured by the pollsters when they interview registered voters about which political party they will vote for in the next general election.

THE OUTPUT OF THE MODEL

The economics and security model reports the likelihood of the People’s National Party (PNP) or the Jamaica Labour Party (JLP) winning the general election held in 2020. The results of the statistical tests conducted for the 2020 election forecast indicate that an improvement in macroeconomic conditions and a rise in homicides increase the likelihood of the JLP winning the general election held this year. The output of the model was generated in January 2020.

A scientific abstract of the output was submitted to the World Association for Public Opinion Research annual conference. The abstract was accepted and the detailed findings of the forecast will be presented at the conference in October 2020.

INTERPRETATION OF THE FORECAST

General elections are largely driven by bread-and-butter issues, especially in poor developing countries such as Jamaica. The registered voters’ perception and experience of the Jamaican economy with declining unemployment and low interest rates and so on will redound to the advantage of the Government because of the perception of the majority of voters that the economy is getting better and will continue to get better.

The importance of economics on voter preference has been established in the voting behaviour literature in general, and in particular the work of one of the world’s most successful pollsters, the late Professor Carl Stone of The University of the West Indies, Mona.

The big question is how and why does the high homicide rate benefit the Government in terms of popularity, especially Prime Minister Andrew Holness?

Governments that implement tough policing measures in Jamaica tend to be popular. For example, the Suppression of Crime Act in 1974, and the POE that negatively impacted the 1976 general election were very popular with the people. Similarly, the majority of current registered voters believe that the tough policing measures are working and so they like them. Moreover, they also feel safe when they see police and soldiers at the ZOSO and POE checkpoints.

THE TAKE-HOME MESSAGE OF THE MODEL

General elections are largely won across the electoral cycle of four-five years and not just in the three-six weeks campaign period. For this general election, what is more important is how the registered voters who are rational think the Government and Opposition performed over the 4.5 years, and less so what happens during the campaign. Therefore, election ads, motorcades, mass meetings in the pre-COVID-19 period, political debates, online campaigning, party manifestos, dubplates and the use of other election songs and so on in the campaign are largely political theatre with limited impact on voting behaviour.

The majority of voters tend to make up their minds at least one year before the election. The JLP seems to have understood this, unlike the PNP, because it has not stopped campaigning since it won the 2016 general election.

- Christopher A.D. Charles, PhD, is a Professor of Political and Social Psychology at The University of the West Indies, Mona. Email feedback to columns@gleanerjm.com