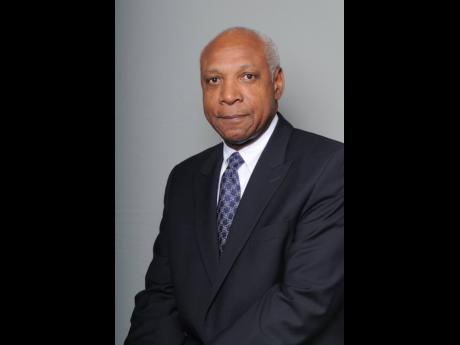 Moving around to between 10 to 15 homes as a child didn’t afford Wayne Bradshaw the luxury of stability, but despite his nomadic childhood, he now manages one of the largest banks for blacks in the US, which finances affordable homes for African American families.

Inadvertently, he now provides the type of stability for many children that he lacked growing up, by giving their parents the opportunity to maintain a roof over their heads.

Bradshaw was born in Allman Town, a gritty inner-city community in central Kingston. He says his life since birth has been filled with many twist and turns, but that did not stop him from his destiny of becoming the chief executive officer of Broadway Federal Bank in Los Angeles, and eventually overseeing its recent merger with the City First Bank in Washington, DC.

“My life in Jamaica was, in my mind, wonderful, but in retrospect, it was difficult, a single mom ... but we survived, and my mom ran away from Jamaica when I was 14,” he said.

Bradshaw managed to secure a scholarship to attend Wolmer’s Boys’ School, which at the time was predominantly attended by the children of the elites in the society. Despite a very promising start, he started falling back in school as his mother’s migration during his teenage years resulted in him having to fend for himself for the most part.

“I had dropped out of school, and was running around with a less-than-best crowd and doing nothing,” he told The Gleaner.

But then, his best friend at the time, his mentor who was a deputy headmaster at Calabar High School, and at least three different teachers, took him under their wings, and helped to get him back on the right path. His mother, on the other hand, was trying to put things in place to get him to join her in the US.

“The obstacles stimulated me to try to do better,” he said.

But even he was surprised when he became a head boy for the institution and graduated, since at one point, he was placed in the transition class, which is reserved for those deemed to lack the aptitude for success.

“It was an interesting journey, but I enjoyed it. I loved every minute of it,” he said upon reflection.

Upon relocating to the US at 19 years old, Bradshaw secured an athletic scholarship to attend the University of Arizona, and during his last summer in college worked at the Union Bank. He attended night classes at the University of Southern Carolina to earn his MBA, while working full-time at the bank.

Bradshaw did three stints totalling 17 years at Union Bank, and also joined the team at several other banks over the years to help them successfully turn around when they were in trouble.

A source of pride for his mother is the fact that her son is now the president of the bank where she was turned down for employment.

“I came to Broadway to help my friend out and then things turned really bad, so they asked me to take over and I had another, hopefully my final run in turnaround,” said Bradshaw who is now 73.

Bradshaw found that the cost of living in Los Angeles was quite expensive, and this made it extremely difficult for the working poor to own a home. Broadway was founded in 1946 to make home loans available to blacks, who were unable to do so at white banks.

Today, the bank helps to maintain a stock of low-income houses by lending to buyers of small apartment buildings in low- and moderate-income neighbourhoods across southern California.

“What I do is I finance the building, and I make certain that the building has to be brought up to top shape – no deferred maintenance – and to create a wonderful living. I also only finance people who have shown me that they really know how to maintain and take care of those buildings. So I create, from behind the scene in a sense, really wonderful living spaces for the people,” Bradshaw explained.

Helping to create spaces for poor families has been fulfilling for the Jamaica-born banker. The recent merger will expand access to capital in more underserved urban areas. Both banks have a long-standing history of advancing economic and social equity for moderate and low-income communities. The merger is expected to close in the first quarter of 2021.

“Working with the people who have the greatest needs is compelling to me,” said Bradshaw.

This was one of the reasons why he left Union Bank

The married father of two girls said he hasn’t visited Jamaica since 1970 after he graduated college, but he hopes to do so in the near future.

“It has been difficult to get back to Jamaica,” he admitted, before adding, “The benefit of doing this transaction is to give myself more time to do just that.”