Gordon-Webley should not have crossed floor, says JLP supporter 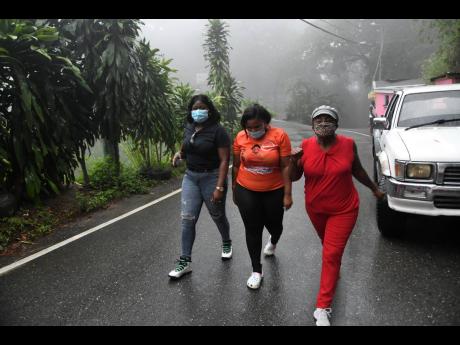 AT LEAST one Jamaica Labour Party (JLP) supporter is convinced that Joan Gordon-Webley should not have crossed the political floors to the People’s National Party (PNP).

Eunice Solomon, a resident of St Andrew East Rural, told The Gleaner that she has been a supporter of the JLP for more than five decades.

Solomon said she would like to see Gordon-Webley return to the JLP, “cause she’s a born Labourite, she’s a ‘shower’ woman”.

The JLP turncoat challenged Holness on a PNP ticket at the polls yesterday. Holness, the incumbent, retained the seat.

But St Andrew East Rural is familiar territory for Gordon-Webley, who held the seat for the JLP from 1980 to 1989.

Since then, she has had a gloomy run at the polls.

In the 1989 election, she lost the seat, and when she returned as an independent candidate in 1993, the voters turned her down.

Returning to the fold of the JLP in 2007, she challenged Maxine Henry-Wilson in St Andrew South Eastern and was beaten.

In 2011, Gordon-Webley went back to St Andrew East Rural on behalf of the JLP to take on the PNP’s Damion Crawford and lost by a 259-vote margin.

Solomon cast her vote in the Gordon Town division and declared victory for Holness: “From river to river and bank to bank, Miss Holness a come in.”

“We a go jus’ rejoice, pray and ask God fi mek she guide East Rural, ‘cause East Rural is a very big constituency,” Solomon said of her victory plans.