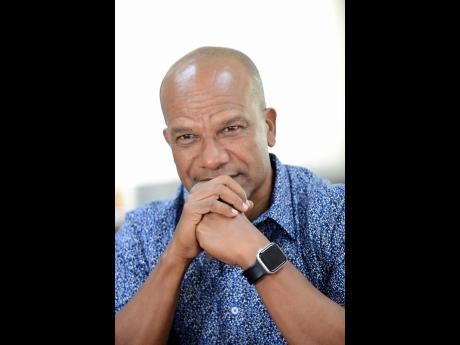 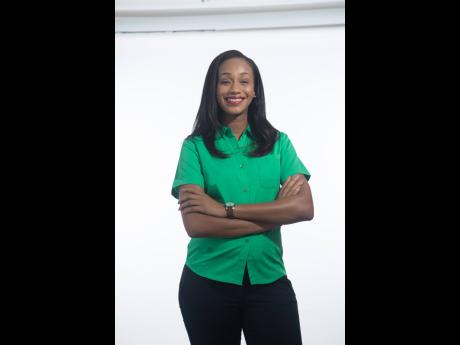 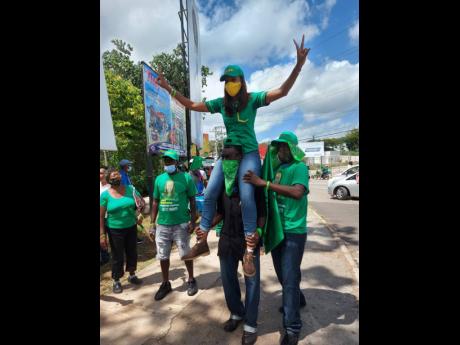 File
The JLP’s Rhoda Moy Crawford riding on the shoulders of a supporter in Manchester Central on nomination day.
1
2
3

It’s one of the shocking results of the 2020 general election – how Rhoda Moy Crawford, 32, a first-timer to representational politics, overcame the machinery might of three-term Member of Parliament Peter Bunting to claim Manchester Central for the Jamaica Labour Party (JLP).

Being a daughter of the soil and astute political strategy were among the key forces behind a once-considered improbable victory.

“There’s no division in the constituency that I didn’t grow up in,” she told The Sunday Gleaner.

“The community was very integral in my development and my rearing. When my mother had to work, when she had to go to sell in the market or whichever job she was doing, the people in the community kept me at their homes,” the educator shared.

The University of the West Indies graduate, who is now pursuing doctoral studies in literacy, said she’s never forgotten kindness of the people.

“I’ve always maintained a close contact even when I was a teacher at the Excelsior High School in Kingston, whenever I got my salary, I would always go back to see how I could help,” Crawford said.

Those connections, backed with the experience from the failed campaigns of others like Sally Porteous and Danville Walker, made it an easy choice to enter representational politics.

“They (constituents) were all very excited and they were all eager to be a part of my journey, even those who were traditional supporters of the PNP,” she said.

That was the first signal of the oncoming shock waves that have been reverberating in the PNP, whose leadership the “out and stunting” Bunting was widely expected to go for in a second attempt.

Crawford and her team were also beating the political pavement, surgically targeting the PNP bastion of Bellefield, one of four divisions that make up Manchester Central.

“The clear strategy we had in place was to compromise the Bellefield base,” she revealed.

“We did a detailed analysis, political division (PD) by political division. We looked carefully at those PDs that we’ve never lost and we made sure to mobilise our party workers and our supporters there so that we could increase. The areas that were marginal, we spent some time there, too, and made sure that we increased [support],” she said.

“In areas that were traditionally PNP, strong PDs that they would normally vote 2-to-1 in favour of the PNP, we spent extra time in those PDs. We made sure to go in and to face them. We spent time with the people.”

During an August 22 visit to communities in Bellefield like Ginger Hall and Bombay, there was clear apathy towards the incumbent as several self-declared Comrades said they would not vote and accused Bunting of ignoring his predecessor’s charge to ‘look to the hills’.

“Dem come with the broom and seh sweep out. A dem a go get sweep out! Me a straight Comrade, you know, bredda, but a di truth me a talk,” one Ginger Hall resident said, the same day JLP leader Andrew Holness led a motorcade in the area.

Crawford capitalised on that disaffection and mobilised stronger JLP support in the Knockpatrick, Royal Flat and Mandeville divisions.

“We realised that many of the middle-class areas in the Mandeville division were very sympathetic or were supporters of the JLP but they had never translated that support in actual votes,” she said, noting the “very good” support from the business and religious communities of Mandeville.

Elections are won on the day, it’s argued, and the youngest elected MP in 2020 said that her team ensured its mobilisation machinery was firing in bringing out the votes on September 3.

In fact, she said the JLP had expected about 12,000 votes, according to the canvassing, but based on predicted rains and the fears of coronavirus, the number was reduced to 8,200 with a high of 10,000.

At 3 p.m. on Thursday, Crawford said her team knew she won as internal numbers showed her way above the voting target for that time.

Unconfirmed reports from the final count centre yesterday suggest that Crawford polled 8,192 votes to hand Bunting a back-to-back September beating, with the incumbent polling 6,939 votes in a contested election with the lowest turnout (37%) in history. Independent candidate Rohan Chung got 49 votes.

Dubbing himself the Performance Boss, he campaigned on his achievements in infrastructure, education support and water, but Crawford believed the ‘out-and-stunting’ dub he used was too barefaced for residents still in need.

“The song my opponent chose about the ‘coil dem thick like dumpling and out and stunting’ – it didn’t work well,” she said.

“I was never fearful from the onset. I never doubted that I would have won,” added Crawford, who said she was still processing the result, achieving what heavyweights like Danville Walker and Porteous never achieved despite their more resourced campaigns.

Campaign Director Rayharna Wright, who was integral in past electoral successes of the JLP’s Floyd Green in the swing seat of St Elizabeth South Western, Othniel Lawrence in St Ann North Western, and St Andrew councillor Andrew Bellamy, said she was not daunted that her newest challenge was downing Bunting.

Bunting’s defeat has been compared to the one he inflicted on former Prime Minister Hugh Shearer in 1993 to announce himself on the political scene.

“Everything that we did was pretty much local. We didn’t focus on a national campaign or getting involved in the hype,” Wright said. “What we did was to keep our heads down, focus on the grounds, find our people and really build relationships with them,” noted the 36-year-old, who admitted to not having “a lot of money”.

“I understood the power that my candidate had. All we did was to just highlight that power … she was able to really show people that she wants to represent them and she gave hope and that’s all people need now, especially young persons.”

Former Prime Minister Bruce Golding was among the Labourite bigwigs who campaigned with Crawford. He said she was particularly impressed with her connection with people;

“In talking to her, she could identify what were the issues that affected virtually every committed. I was impressed with her energy. Travelling through the constituency, I struggled keeping up with her,” he said.

Crawford, who will be one of 18 women in the new Parliament, said her top priorities for the next five years will be water, roads and education and training.