The power of a praying wife 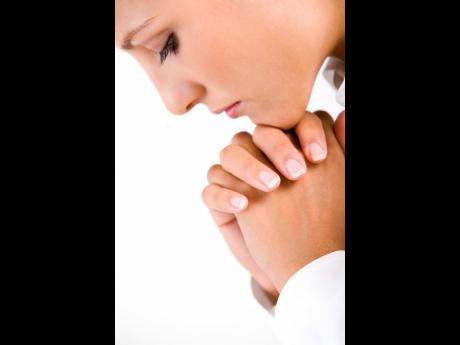 Shanneika Pearce-Hewitt is still singing praises more than a month after what she described as the move of God that led to her husband’s miracle.

Carefully citing the details of what would lead to being a near-fatal encounter for her dear spouse, the woman of God shared that it all began when she received a word the Lord delivered by her pastor the Sunday before.

“He said He (the Lord) wanted to hear more from me, and not knowing what was to come, I decided I was going to start praying more. From that word to a message from my aunt on the Monday telling me to stay prayed up and that she knows I’m a warrior, and I must fight and know that God is there for me … .”

Pearce-Hewitt told Family and Religion that on the following Wednesday, after she had wrapped up her evening prayer, she received a call from her husband informing her that he had been stopped by the police and was being threatened to have his vehicle towed.

“He told me that they said the licence plate wasn’t bright enough. I started to pray as he hung up, and it was finished the moment I started praying. Now on to the Thursday… . I did my evening prayer again, but this evening was different. The prayer was longer and more towards spiritual warfare. After I finished praying, the Holy Spirit said to me: ‘Protection.’ I messaged a prophet for backup in prayer, and I prayed again. About an hour after praying, my husband called to say that the car had turned over and flipped about five times down a gully.

“There was a passenger in the front seat. The young man said he heard a voice say ‘Jump!” she said, adding that the man obeyed and pursued the rolling vehicle he had just jumped from down the gully.

Pearce-Hewitt revealed that when she related the happenings to the prophet she had sought help from to pray, he told her that her that God protected her husband in a ‘bubble’.

“He said he was well kept. After getting pictures from my husband of the car, I was even more convinced that he was indeed in a bubble because his side of the car was without a scratch and the passenger’s side from which the guy jumped through the window was destroyed.

“I want to encourage others through this message to pray without ceasing, especially wives. I never really understood the saying ‘the power of a praying wife’ until this testimony.

“And when you pray, listen. Remember that prayer is a conversation between you and God, so when you finish talking, allow Him to speak back to you. Don’t just say amen and gone. After He speaks, be obedient. Obedience is key,” said Pearce-Hewitt.