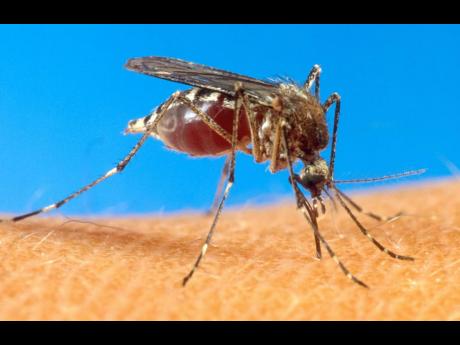 File
Aedes aegypti mosquitoes are the vectors of dengue fever. 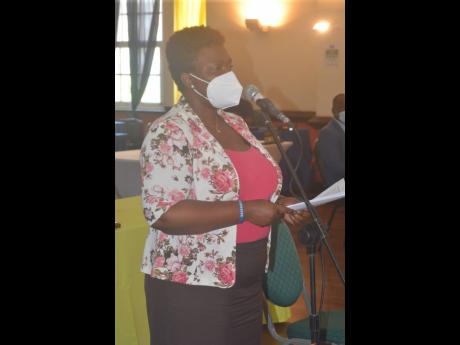 The density of the Aedes aegypti mosquito population in St James almost doubled in the three-month period to August, resurrecting the threat of a resurgence of dengue fever that killed dozens and infected more than 7,500 across Jamaica in 2019.

Sherika Lewis, the acting public health inspector for St James, has revealed that the parish’s mosquito Aedes index for August was 11.5 per cent, a significant jump from its record low of 6.2 per cent in May this year.

The mosquito index serves as an indicator of the geographical spread of dengue.

Lewis gave the update on Thursday while presenting the regular report from the local health board to the monthly meeting of the St James Municipal Corporation.

“Under our vector-control programme for the month of August, we have managed to inspect approximately 14,000 premises, 1,600 of which were positive for mosquito breeding,” said Lewis.

A total of 151 communities were inspected in the study, with 34 being fogged for mosquito control.

“We currently have been embarking on the task-worker vector-control programme, and we have maintained 93 such workers. There was a recent commitment by Health Minister Dr Christopher Tufton to continue this programme, which will culminate on October 2 of this year, so we are anticipating the recommencement of this programme,” Lewis added.

The St James Health Department has been active in its efforts to control the parish’s mosquito population, which is responsible for the spread of dengue fever and other mosquito-borne illnesses. Despite those efforts, however, St James’ mosquito Aedes index has shifted up and down since January, when the index was recorded at seven per cent before climbing to 9.8 per cent in February, and declining to 6.2 per cent in May.

In March, Montego Bay Mayor Homer Davis urged residents of St James to be more proactive in managing potential breeding sites in their communities, suggesting that an increase in both dengue fever and the highly contagious coronavirus could pose a double dilemma.

As at Wednesday, Jamaica recorded 3,437 coronavirus infections and 38 related deaths.

A Pan American Health Organization (PAHO) epidemiological update in February 2020 showed that Jamaica and several other countries in the Americas, including Antigua and Barbuda, Brazil, and the Dominican Republic, suffered seven to 10 times more dengue cases in 2019 compared to the previous year. PAHO data show that there were 24 deaths and 7,555 cases in Jamaica between epidemiological week one and 52 in 2019.

After a two-year surge, cases have declined precipitously in 2020, from a high of 499 in January to a low of two in April. Five cases emerged in July, the last numbers made available by the Ministry of Health and Wellness.

There have been 729 dengue cases up to July of this year. One person has died.

Lewis also announced that the St James Health Department was seeking to hold discussions to address conditions at the People’s Arcade in Montego Bay. The arcade’s historical problems with garbage disposal and general sanitation make it particularly at risk to a dengue outbreak.

“We have persons who are actually living in the area, and we have seen poor, unsanitary conditions existing in this area, so we want to quickly convene a meeting so we can address the matters at hand,” said Lewis.