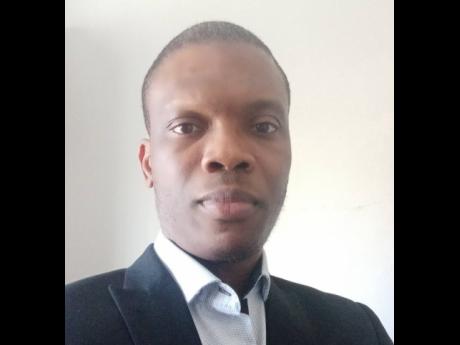 The Jamaican Diaspora UK (JDUK) has congratulated the Jamaica Labour Party on its victory in the recent general election, and has laid down several demands for the new Government.

“ We also offer our commiserations to the People’s National Party. The elections were peaceful and, although the COVID-19 outbreak presented a significant challenge, both parties conducted a spirited campaign,” said a release from the group.

However, it is disappointing that throughout the campaign there was very little engagement with the diaspora.

As the new Government takes office, the JDUK calls for this administration to commit to broaden the inclusion of the diaspora in nation building.

The JDUK priorities for the incoming government include:

• Appoint a minister of state for the diaspora: “As the prime minister crafts his new cabinet, JDUK is calling for the appointment of a minister of state for the diaspora in the Ministry of Foreign Affairs and Foreign Trade, who will engage with the global Jamaican community and represent our interest in Jamaica. The state minister would protect and promote the rights of the diaspora as well as stimulate economic, educational and cultural interaction between Jamaica and the global diaspora”.

According to the JDUK, this position has been a key part of government engagement with the diaspora since the first such state minister was appointed in 2002.

• National Diaspora Policy: “The new administration should ratify and implement the long-awaited National Diaspora Policy (NDP). The NDP is aligned with Jamaica’s Vision 2030 and establishes the institutional framework for coordinated engagement of the diaspora. Senator Kamina Johnson-Smith, Minister of Foreign Affairs and Foreign Trade, worked closely with the diaspora and made significant steps in developing a draft NDP which was approved by Cabinet as a Green Paper for presentation in Parliament in March 2020.

• Diaspora Voting Rights and Parliamentary Representation: “The incoming government should consider the feasibility of extending voting rights to Jamaican citizens living aboard. It is clear from the recent elections that the diaspora remains disenfranchised from the electoral process in Jamaica, despite our significant contribution to the Jamaican economy. Most countries extend the right to vote to all their citizens living abroad. In addition, the government should assess the viability of allowing citizens living abroad some form of parliamentary representation. In the French Senate, for example, there are 12 senators elected to represent French nationals living abroad. A reformed Jamaica Senate is one possible and practicable option that would ensure that Jamaican citizens who live abroad have a voice in Gordon House.

Dr Kevin Brown, chair, JDUK and UK North Representative on the Global Jamaica Diaspora Council, said: “The lack of engagement by both political parties with the diaspora during the recently conducted elections was disappointing. The over 2.8 million diaspora deserve a government who is committed to broadening the inclusion of the diaspora in nation building, recognising the tremendous capacity, interests and resources within diaspora and will actively take their needs and opinions into consideration. There are many measures that can be taken to include the diaspora in Jamaica’s economy, politics, and culture. The main priorities for the incoming government should include the adoption of the National Diaspora Policy, appointment of a minister of state for the Diaspora, establishment a Diaspora Executive Agency, giving the diaspora the vote and foster diaspora direct investment.”

Dr Brown continued: “The diaspora is an essential part of Jamaica’s economy, identity, history and cultural fabric. I urge the government to continue to build a strong and vibrant relationship with the diaspora that is mutually beneficial to those residing overseas and at home.”

The contribution of the diaspora to the Jamaican economy is substantial. Remittances have trended upwards over the last 10 years, with estimates for 2019 amounting to US$2.4 billion which represents some 16 per cent of the national Gross Domestic Product. Even in the midst of the global COVID-19 pandemic remittance receipts remain strong. Furthermore, the diaspora makes philanthropic contributions both in cash and kind to public and private institutions, and is also involved in a range of investment activities across the island.