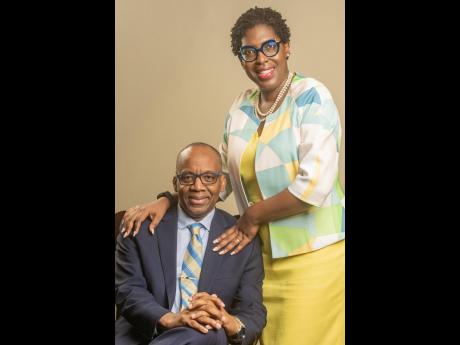 The reward for good work is more work even in the Kingdom of Christ.

When Roy Notice gave his life to the Lord at age 12, he had no idea that some years later, he would be the head of Jamaica’s largest Pentecostal denomination.

Notice was recently named the new administrative bishop of the New Testament Church of God in Jamaica, a denomination that consists of approximately 362 churches across the island.

“I was extremely overwhelmed when I learned I was elected as the new bishop. I was humbled to know that my colleagues voted for me to be their representative,” Bishop Notice shared.

And while he is honoured, he said that he plans to take this on the way he does with everything in his life and that is, placing God at the centre of it all.

“The task is bigger than me, but God is able,” he said.

But leadership is not new to the bishop. In fact, as a student at the William Knibb Memorial High School in Trelawny, he was head of the Inter-School Christian Fellowship. Before this new appointment, he was the host pastor for the Waltham Park Road New Testament Church, where he served alongside his wife, Dr Vinette Notice, and their two daughters, Joelle and Danielle.

“I am really proud of him, and I know he has the capacity as well as a heart for the people,” Vinette Notice said.

Speaking of family, Bishop Notice credits his parents for moulding him into the husband and father he is today. “I grew up in a strong Christian household. My father was a pastor and my mother a civil servant. They modelled a godly life. My father led his family firmly. There were precepts that were taught in a deliberate way through things like family devotions. I grew up knowing that my father was the leader of my family, but he also had the full support of my mom,” he shared.

In his eyes, his parents epitomised exactly what God intended for marriage and family.

“Looking back, that has certainly impacted how I lead my own family. I try to live an authentic life and give my family my fullest support,” Bishop Notice said.

He has been married for 26 years, just one year less than his time in ministry.

The bishop was a teacher of economics and English Language at the Brown’s Town Community College when he felt the strong call of God on his life to delve into pastoring. He had no qualms about answering the call.

He has also served in the capacity of national youth director in Jamaica between 2002 and 2006 and was the president of the denomination’s theological seminary, Bethel Bible College, between 2008 and 2012.

As one of the former heads of Bethel Bible College, he values education and cannot help but stress the importance of same. Perhaps this is because he continues to benefit greatly from his years of study at The University of the West Indies, the United Theological College of the West Indies, and the Columbia Seminary of Atlanta.

Bishop Notice is a highly sought after minister all over the world.

He already has a number of things on his agenda, the healthy church being one of the things at the forefront of his mind. He is also passionate about areas like evangelism, discipleship, building and strengthening families, as well as strengthening the denomination’s Bible college.