Chantal Richards’ word from God saved her life – Pt I 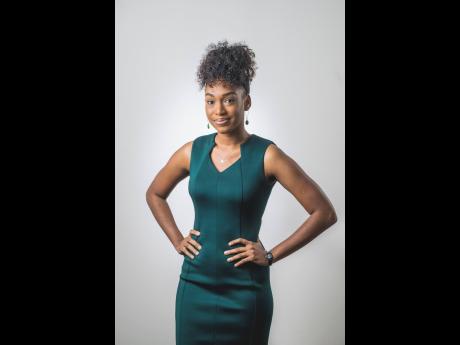 Contributed
Chantal Richards made a decision which saved her life.

Chantal Richards is a very private person, but if sharing her personal experience publicly means rescuing another person, then she is willing to go the extra mile.

It began in late 2017, when she had a strong feeling that something was wrong. And though she wasn’t feeling pain or discomfort of any kind, she shared with her sister her belief that something wasn’t right in her pelvic area.

Fast-forward to a few months later, Richards, a believer in God, said she kept hearing the word ‘tumour’.

“I thought I was crazy because there I was feeling perfectly fine yet convincing myself that there was a tumour in my pelvic area. I felt so conflicted because I knew deep in my heart that the tumour was there but kept asking myself, ‘How do I say something without looking and sounding like I’ve lost my entire mind?’

“I couldn’t take it anymore, so I scheduled an appointment with my doctor and asked him to do a pelvic exam. He did the exam and said he felt nothing and asked if I was getting enough rest. I left the office with no confirmation of a tumour and some anxiety medication to help ease my mind,” Richards recalled.

Despite the positive results from the exam, Richards told Family and Religion that she left the doctor’s office feeling even more conflicted and completely certain that she had a tumour in her body.

Then, a week later, she believed her confirmation had come.

“I had just finished watching a movie on Netflix and was getting ready for bed when I had a strong urge to watch another movie. There I was, tired and scrolling for yet another show to watch. My finger stopped on a movie, and I did not even catch the title. The movie starts, and it looks like such a feel-good romance kind of thing. Ten minutes in and I’m already in tears because the young lady in the movie went to the doctor and found out she had some ovarian tumours. She was later diagnosed with ovarian cancer and she died. Lawd, God! A wah dis you mek me watch?” she asked herself before bursting into tears.

With fresh reasons, Richards booked another appointment to get a second opinion, which ended with an ultrasound being recommended as the doctor reportedly identified something in the area of concern.

Despite the reassurance of the professional that the mass could just be a fibroid, the young woman knew within herself that it was a tumour.

The ultrasound confirmed it. Richards had a tumour inside her left ovary.

“I then had to do some blood tests one of which was a cancer antigen-tumour marker that later came back higher than the normal. At this point, the doctor told me what my options were: ‘Do the surgery or you could die.”

With that, she stormed out of the office and cried at the thought that this could be cancer.

Richards’ surgery was scheduled for June 26, 2018, and she arrived at the hospital two days before.

She shared: “It’s important to know that at this point, I still felt fine, never missed a period, still had zero pain and zero discomfort. I went into surgery that Tuesday afternoon with the hope that the tumour would be removed and I could just be done with this.

The next day, one of the doctors came back with the report and said that the tumour had been removed and so had the ovary.

Part II of Richards’ story will tell how she felt having heard that one of her ovaries had been removed, how she overcame depression and is counting her blessings, and her prayer for women who may experience a similar occurrence.