‘For once, they remember us’ - Twenty years after river swallows road, St Thomas district eyes glimmer of hope 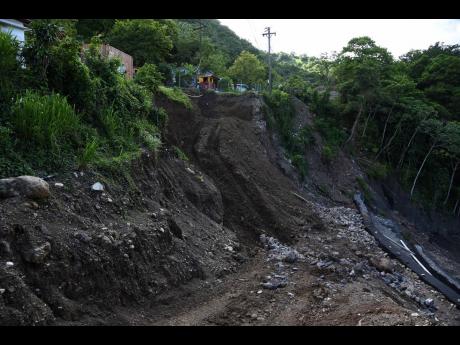 Ian Allen/Photographer
Repair work has started in New Monkland, 20 years after a roadway was washed away in the St Thomas community. 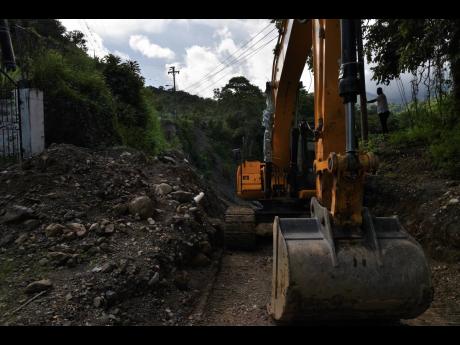 Ian Allen
A tractor has been mobilised as part of the multimillion-dollar roadwork construction project in New Monkland, St Thomas.
1
2

Glum Residents of New Monkland, a community in St Thomas’ hilly interior, have, for years, been forced to use a narrow bypass to travel from one end of the community to the other.

That’s because about 20 years ago, the rushing river some 10 feet below opened up a 60-yard chasm, completely swallowing the roadway, houses, and graves, the result of a thunderstorm that drove through the eastern end of the island, wreaking catastrophic damage in its wake.

Mauvelyn Scott, 69, remembers clearly the day the roadway was swept into the menacing river below.

“I still cannot believe what happened because nobody expected it. The whole road just disappeared, crash, into the muddy river water. All some grave wash weh gone,” the New Monkland resident said.

“So we happy that for once, they remember us and is ( sic) now working on the road.”

The forgotten wilderness has finally commanded the State’s attention, with the long-gestated roadwork off the ground. It has been folded into the $12.9-billion Southern Coastal Highway Improvement Project (SCHIP) that is jointly funded by the Government of Jamaica and the China Exim Bank.

SCHIP seeks to improve the alignment and capacity of the existing southern coastal main arterial road so that it will be safe and efficient, be free from flooding, and provide for future development.

Communications manager at the National Works Agency (NWA), Stephen Shaw, confirmed that the works are part of the multibillion-dollar infrastructure initiative under way in St Thomas.

“We are working on the road from Morant Bay to Cedar Valley, and that includes the redesign work for that breakaway, and those two packages, by themselves, value well over one billion dollars,” said Shaw.

“So that retaining wall, which is a huge one, is part of many structures that we are putting up along that road, and the work is ongoing.”

Pressed further, Shaw said he was unable to provide the value associated with the work at New Monkland, except to state that the two infrastructure programmes each valued at $500 million and more than $600 million.

In the meantime, NWA Chief Executive Officer E.G. Hunter told The Gleaner that an estimate is being prepared to be sent to the Government after roads and bridges in several communities, including parts of Kingston and St Andrew, were destroyed or severely damaged by rains associated with Tropical Storm Laura in late August.

James Robertson, member of parliament-elect for St Thomas Western, in whose constituency New Monkland is located, said that the build-out of infrastructure would be a game-changer for the community.

“The residents will be happy to know the fix to that road is high on the agenda,” Robertson said.

Already, works have begun on the Harbour View to Yallahs Bridge corridor. Development along the Yallahs to Port Antonio leg will soon begin.

Additionally, works are to commence and be completed on five new road-construction packages from Yallahs to Port Antonio.