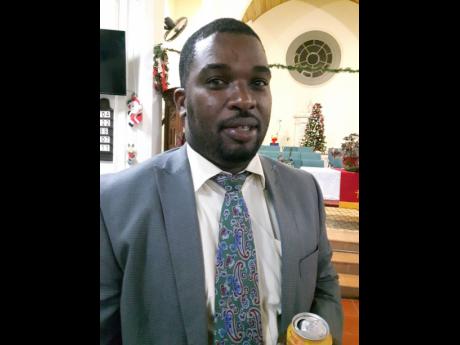 Outspoken pastor of William Knibb Baptist Church in Falmouth, the Rev Devere Nugent, bid a tearful goodbye to his congregation on Sunday, September 6.

After 14 years at William Knibb, he said that he was going off “to serve in another part of God’s vineyard”.

He leaves to become pastor of the East Queen Street Circuit of Baptist Churches in Kingston.

East Queen Street is one of the oldest Baptist churches in the island, dating back to the 1820s.

As he spoke on his final Sunday at William Knibb, the congregation became silent and some members cried. Trevor Brown wept.

“I will miss him greatly. He baptised me and led me along the Christian pathway. I know no other pastor,” Brown told The Gleaner.

Nugent, after regaining his composure, said, “I know that I am going into a tough area, but I grew up tough in Sherwood Content. Each Saturday I had to look firewood and fetch water. That scenario was repeated on Tuesday. I can handle tough situations.”

Church secretary, Deacon Lorna Jackson, said, “Falmouth will miss his voice. He was not afraid to speak out on social issues affecting the parish. He may have made enemies, but even Christ had enemies.”

Millie Walker describes the departing pastor as one of the kindest persons she had known.

“He never said no to anyone. He went beyond the call of duty to help.”

Each Monday morning Marshall James, a visually impaired man, could be heard tapping his cane and walking to the vestry seeking alms. James told The Gleaner, “He is my second father. I will miss him greatly.”

Sheila Fairclough expressed surprise. “I never heard he was leaving. Trelawny people will miss him. He is such a friendly person.. I am not a member but when I went to funerals at the church you left with a message.”

Nugent, a justice of the peace, leaves as part of his legacy work on the Education Centre, as well as the purchase of a new manse.