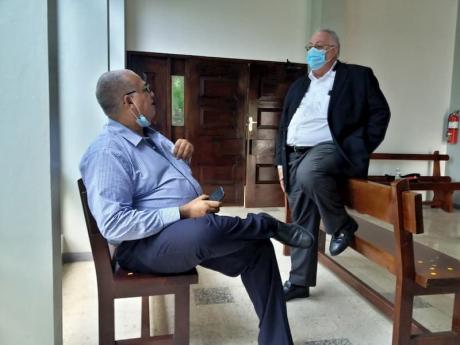 Phillip Henriques, the Jamaica Labour Party (JLP) candidate for the Clarendon North Western constituency has won the seat by 139 votes.

At the end of the judicial recount, Henriques polled 6,075 votes to the People's National Party (PNP) Richard Azan's 5,936.

"I'm feeling great..I was confident coming into the recount. Our numbers were right from the start. We had no doubt this would have been the outcome," Henriques told The Gleaner.

He added that his primary concern for the constituency at the moment is access to water and proper roads.

"These are critical to their lives and we have to get to work to start taking care of those things. We have to listen to what the constituents have to say."

During the recount, concerns were raised over the returning officer’s account of 1,107 rejected ballots.

On Wednesday, Anthony Williams, the attorney representing Azan, said “When you look at the number of rejected ballots, you wonder whether or not the returning officer was sleeping on the job.”

A total of 831 rejected ballots were validated at the end of the judicial recount.

Similar sentiments were echoed by Henriques’ attorney Pierre Rogers on Friday, who claimed there was no clear response from the returning officer to questions surrounding the premise on which some ballots were rejected.