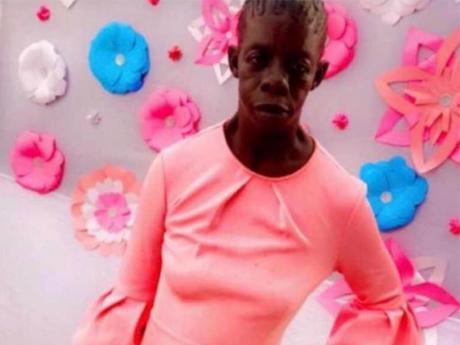 The Independent Commission of Investigations (INDECOM) says, to date, no eye witness has come forward in the Susan Bogle investigation.

The oversight body made the disclosure this afternoon at a press conference called to give an update on the case.

INDECOM said that it has no information to suggest that soldiers fired the fatal shot that killed 43-year-old Bogle.

“We don’t have any evidence or material to say who fired the fatal shot... soldiers repeated that they were firing at gunmen who were firing in their direction,” said Deputy Commissioner Hamesh Campbell.

On May 27, Bogle, a member of the disabled community, was allegedly shot dead while in her bed at home by a soldier during a police-military operation in the St Andrew community.

Residents reported that soldiers had chased someone into the building.

INDECOM said it visited the murder scene on Bryce Hill Road in August Town on four occasions and that 14 members of the security forces were interviewed.

Bogle died from a single gunshot wound which entered from the front and exited from the back.

According to Campbell, five of the 5.56 casings were linked to a weapon belonging to one of the JDF personnel while the others were not.

Fragments from a 5.56 calibre rifle were found in the wall of the room where Bogle was killed.

INDECOM says it is not possible or appropriate to come to a position that the security forces did or did not kill Bogle.

“They [security forces] responded to the location because shots were being fired,” Campbell said, adding that it was not uncommon for persons to be killed in crossfire.

Campbell also touched on a crossfire component to Bogle’s death adding that she would not be the first person to die in a crossfire.

A petition “Justice For Susan Bogle” was created in June.