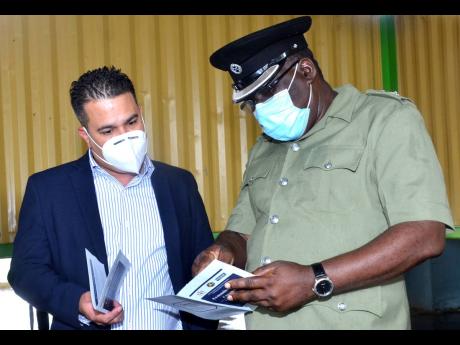 Two Broiler units, which will see the Department of Correctional Services (DCS) becoming more self-sufficient in food production and result in major cost savings, were officially commissioned into service on Thursday.

This was done at the Tamarind Farm Adult Correctional Centre, in Spanish Town, St Catherine.

Constructed as part of a public-private partnership (PPP) with Newport Mills Limited, the units are expected to produce 98 tonnes of broiler meat, representing approximately 40 per cent of the total inmate consumption per annum.

Minister without portfolio in the Ministry of National Security, Senator Matthew Samuda, who was on hand for the unveiling of the units, said he is pleased that this small, yet impactful, project is likely to save the DCS up to $13 million a year.

“It is a small project in the grand scheme of things, but it is one of those projects that will have huge and immediate impact. We are becoming more self-sufficient in our food production [and] we are bringing down the cost of operation in very tight economic times. It is clear that this is not chicken feed,” he said.

He noted that the savings that will accrue from the project are significant, as the money saved can go towards improving the nutrition of the inmates, enhancing their education efforts, and investing more in their healthcare.

Senator Samuda further pointed out that the project is particularly important as the Government works to improve its rehabilitation efforts within the correctional services system.

“The country suffers from a reoffending rate above 40 per cent. Every effort to improve the quality of our rehabilitation efforts is a step in reducing crime … and providing greater citizen security,” he said

The minister gave the assurance that adjustments are being made to rehabilitation efforts, namely through this chicken-rearing project and other initiatives that will serve to give inmates a greater sense of purpose, particularly during the pandemic when jobs are scarce.

“There has been a major economic fallout because of the impact of COVID. It is going to be difficult for our inmates to go out and be employed. So we will have to look at giving them the skills that allow them to set up their own businesses, allow them to sustain themselves and their families, and give them a sense of pride, because walking and looking with no hope in sight will lead them right back to where they are. So this is a step that we are particularly proud of,” he said.

The combined 9,000 sq. ft. broiler units, which were built as part of the DCS’ poultry production programme, have the capacity to house a total of 9,000 chicks and are expected to produce six flocks of chicken annually.

Under the PPP, Newport Mills completed the installation at cost. Additionally, the company improved the design and donated $7 million towards the project.