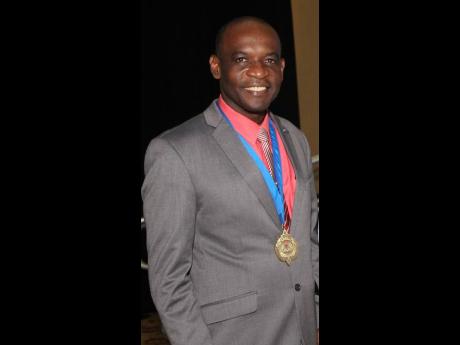 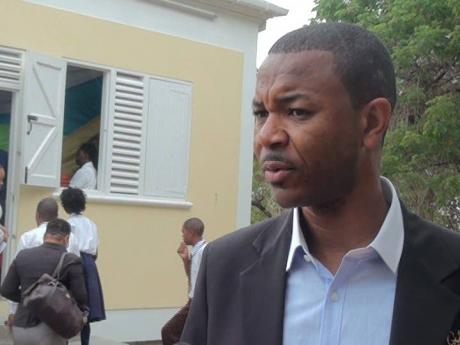 Some shocking allegations of misconduct have been levelled at teachers across the Caribbean as the debacle over this year’s Caribbean Secondary Education Certificate (CSEC) and Caribbean Advanced Proficiency Examination (CAPE) exams takes an explosive twist.

An investigation into the exam results has found evidence of major “discrepancies”, thanks to the moderation system used this year by the Caribbean Examinations Council (CXC), according to a report by an independent review team (IRT) established by CXC chairman, Sir Hilary Beckles, to probe the results after worse-than-anticipated grades led to protests by pupils, parents and teachers across the region.

While the team concluded that there was enough evidence of discrepancies on the part of the CXC to justify a full re-marking of the papers, it also suggested that some teachers inflated their students’ grades and presented non-existent school-based assessment (SBA) submissions.

“It is important to note that full moderation of the Paper 3 (the SBAs) resulted in lower scores than those teachers had awarded,” states the 46-page report. “CXC’s observations in relation to the examination included: i. discrepancies between teacher scores and moderator scores; ii. grade inflation in some instances in teacher scores – full marks given in some cases; a score given in some cases for a non-existent response.”

It says, however, that the chief examiners attributed the higher marks that teachers tended to award for the SBAs “to a number of factors”, which include “the lack of thoroughness and vigilance by teachers while marking SBAs, leading to the award of full marks in some instances for areas that students did not even attempt”, and teachers’ “misguided belief that the CXC moderators would be inclined to reduce teachers’ marks and that some element of mark inflation would protect their students from falling below their expected grade”.

The report, which was presented to Sir Hilary on October 16 and made public shortly after, makes reference to higher-than-average scores in the multiple choice paper, something it attributes in part to “leaked” examination questions that gave some students very specific information to assist their preparation. However, it does not identify possible suspects, although it calls for the implementation of measures to curb future leaks.

A large part of the 46-page repetitive report is spent on explaining the CXC’s exams processes, the rationale for this year’s approach to the moderated SBA grades and the process for reconciling overall scores after omitting the essay component of the exams, which usually accounts for 50 per cent of overall grades.

The team, headed by University of the West Indies Professor Emerita Hazel Simmons-McDonald, says a review and re-marking of the papers are justified because the results are preliminary and are subject to change. It adds that the grading formula seems to allow for some degree of grade shifting; there’s an “element of subjectivity” in the determination of the subject grades from profile/module grades and there’s a “wide variance” between the teachers’ and the moderators’ scores.

It adds that some of the challenges faced by the students “were most likely amplified” by COVID-19, “which disrupted normal school routines and communities of learning in which most students feel secure”.

The report provides little comfort to Paula-Anne Moore – the leader of a group of Barbadian parents who had been pressuring the CXC to review the results – who, while admitting there’s some clarity, remains unconvinced.

“I think overall, it seems quite frankly that CXC, in trying to protect its credibility as an examining body, perhaps didn’t consider what the result would mean to its students who should be at the forefront of any concerns or objectives,” Moore said in a brief statement following the release of the report. “Clearly, there is a disconnect between CXC’s focus on credibility and what it did with the grading, and the output that has left thousands of students at a disadvantage.”

Jasford Gabriel, president of the Jamaica Teachers’ Association, said that their investigation revealed that in general the pass rate across the different educational institutions didn’t vary much from the tradition. However, they did have a lot of queries and changes for individual students, especially as it relates to SBAs.

“Coming from this report, I am hoping for an improvement in training at the local level, clearer communication and understanding in terms of how grades are to be distributed and the cost for the exam,” noted Gabriel.

However, a former executive at the regional institution believes while the uproar over exam results that rocked the Barbados-headquartered examinations body might have left it “bruised”, its reputation remains intact.

Speaking to The Sunday Gleaner just over a week before the release of the report, Cleveland Sam, an assistant registrar at the CXC for over 16 years until he left in January 2019, said the institution has built sufficient goodwill in the 41 years that it has been testing Caribbean students to survive the blemish caused by the fury over this year’s results.

“CXC has developed a very stellar reputation internationally for both the CSEC and more recently the CAPE, and while I think what happened this year may have done some damage, I don’t think that the damage is irreparable,” Sam, who is now marketing and communications manager at the Cave Hill campus of the University of the West Indies, said.

He also recognised at the time that the CXC had not done a good job of explaining how the multiple choice paper – which accounts for about 30 per cent of the score – and the SBA, which normally accounts for 20 per cent – would be weighted to make up for the loss of the essay component.

“If you’re not offering one paper, then the question is, how are you making up that mark?” stressed Sam, who recently completed a doctorate in educational leadership. “To me, that was a major shift and that shift, in my humble opinion, had some consequences.”

The short-term remedies recommended by the IRT fell far short of what was done under similar circumstances in the UK. With the coronavirus crisis severely affecting schools across the country, Gavin Williamson, the education secretary, said there would be no exams this year and that exam boards would ask teachers to submit their assessments for the grade they believed a student would have received.

Pupils taking General Certificate of Secondary Education (GCSE) and A-levels would have their grades awarded by a combination of teacher assessment, class ranking and the past performance of their schools, Ofqual, the exam regulator for England, announced at the time.

The ensuing result was the downgrading of millions of teacher-assessed grades, leading to dismay and anger among head teachers, parents, teachers, and bitter disappointment among pupils who took to the streets. The government refused to budge at first, but eventually performed a dramatic U-turn and agreed that both A-level and GCSE results would be based on teacher-assessed grades.

The decision was a relief to millions of students, whose places at university depended on their results.

Like the English students, there’s hope yet that the CXC’s proposed medicine will bring some joy to the regional students and, as Sam predicted, leave the institution standing strong.