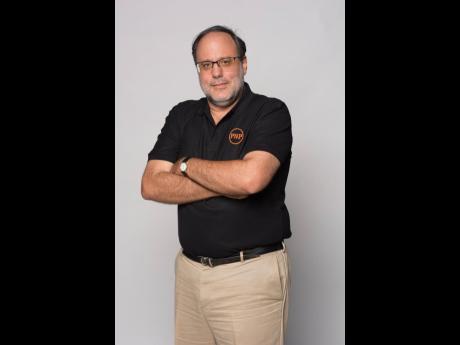 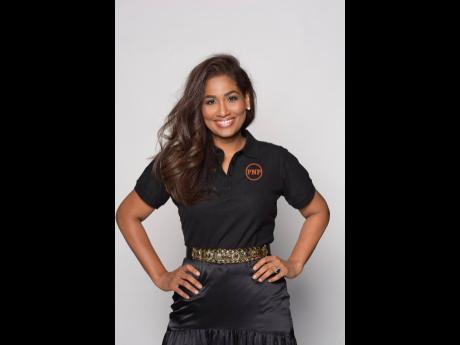 The two presidential candidates for the leadership of the People’s National Party (PNP) last week committed to robust reform of several legislations to empower ordinary Jamaicans, protect them in law and take steps to reverse gains lost by the progressive agenda of 1972-1980.

More than 3,000 delegates of the party will, on November 7, choose between Mark Golding and Lisa Hanna to lead the 82-year-old party.

November’s leadership election will be the fourth since 2005 when P.J. Patterson retired as party leader and prime minister.

Both candidates, who were officially nominated last week, have pledged to run a clean campaign that would not seek to divide the party or demean each other.

“The PNP as a movement is committed to the principle of social justice and equality of opportunity and access to opportunity in the society. I have embraced that, and that’s why I am part of the party. That is what I believe in,” Golding told editors and reporters.

Drawing on his commitment to social justice, he touted legislation crafted and piloted when he was justice minister, which expunged the conviction record of individuals caught with a ganja spliff, and eliminated the arrest and prosecution of such individuals, which positively impacted several thousand young Jamaicans.

“It was social justice in action in the 21st century and there are remaining issues to be tackled. Some of them will require legislative response, while others will require other forms of action. But I am fully committed to the furtherance of social justice in the society and do so in a way that the society can rally around and see the benefits,” continued Golding, the member of parliament (MP) for St Andrew South.

He was first elected MP in a 2017 by-election, replacing Dr Omar Davies. Before that, he served in the Senate for 10 years (2007-2017) and as a Cabinet minister (justice minister) from 2012-2016. Golding, who is a lawyer and investment banker, is the current Opposition spokesman on finance.

Golding and Hanna both support modernising the Maternity Leave Law (1979) to current best practices, which could mean an upgrade for women to include 12 weeks with full benefits and job security, as well as bring fathers under the legislation by having paternity leave.

“I think that we need to modernise that (Maternity Leave Law) and make it consistent with what’s regarded as best practice internationally now. To the extent that our laws have become a little outdated, we should adjust them,” said Golding.

“I believe in consultation, and would need to consult broadly, including our women’s movements, the workers. The National Workers Union is a very important affiliate of our party and we would certainly want to hear what the workers feel about it, and indeed the business community because it would impact them.”

Employers traditionally provide pregnant women with benefits for 12 weeks; however, there have been instances, mainly in the private sector, where the law has been disobeyed and individuals are told not to return to work after maternity leave.

“In principle, I think that Jamaica should be on the cutting edge when it comes to the rights of women,” Golding told the forum via Zoom, as he pointed to gains made by women in the last few decades.

Citing the elevation of scores of women, he singled out the achievements of Portia Simpson Miller as prime minister; Zaila McCalla as chief justice; and Paula Llewellyn as director of public prosecutions.

Voicing her support for the reform of the law, Hanna declared, “Yes, absolutely yes. I would support in principle those kinds of legislation that empowers family because I am a big believer in family values, raising children, and it takes parents to be present.

“But we are a party that believes in inclusion and consultation, and one of the things that we would have to do is go back to our Comrades, delegates, our roots, our National Executive Council to have robust discussions on these kinds of policy positions.”

During his time, Michael Manley embarked on reform agendas to reverse social and economic inequality faced by the majority of the population.

Among the most celebrated were the programmes to significantly improve literacy among the adult population, increase teacher involvement and free tertiary education for higher studies. The Maternity Leave Act was hailed then and is still celebrated as a landmark legislation.

... Reform of the education sector is critical, says Hanna

A main focus of Lisa Hanna as PNP president would be to reform the education sector, the deficiencies of which are now glaring because of the effects of the COVID-19 pandemic.

“We are witnessing the greatest education crisis since persons have had access to education from the days of Norman Manley,” she said.

“The PNP has always been the party of education and access to education. But right now, the virtual classrooms cannot be accessed. The teachers (with whom she interacted) say only 25-50 per cent of their students are showing up online. So we have to ensure that we have the kind of progressive legislation that continues to give ordinary Jamaican people and ordinary children access to education.”

Opposition spokesperson on education, Angela Brown Burke, who is Golding’s campaign executive, noted that while a lot of strides have been made in many areas of the education system, there was urgent need for reforms.

Brown Burke also cited the inequities exposed by the pandemic and the lack of engagement of thousands of students, which she fears will have severe repercussions in the years to come.

Hanna also signalled that the agriculture industry would play an important part of the economic reform process, where action was long overdue in the development of a vibrant agro-processing sector to enable “us to feed ourselves”.

The beauty queen-turned-legislator, who called politics “blood sport” that required “crocodile skin” for survival, is in her fourth term as member of parliament in St Ann South East – a constituency beset with internal fighting before she was installed for the 2007 general election. She has served as minister of youth and culture during the 2012-2016 PNP administration.

Hanna won by a close 31 votes in the September 3 general election, in what is still considered a safe PNP seat.

The former Miss Jamaica and Miss World 1993 is a household name in Jamaica since the then 18-year-old made history by copping the two beauty crowns, but many in the PNP, especially among her detractors, say she is a “polarising figure”, while her supporters say she is the “youthful future of the PNP”.