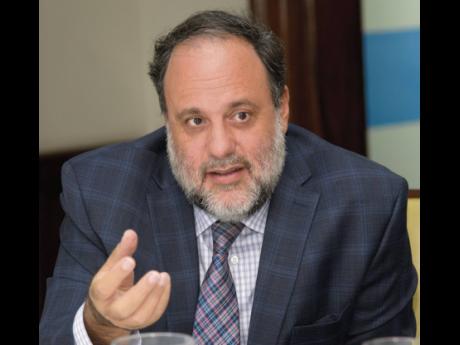 People’s National Party (PNP) presidential aspirant Mark Golding has weighed in on foreign entertainers performing in the tourism sector, threatening to erode the jobs of locals.

His call comes as entertainers struggle to cope in the COVID-19 era, which has shuttered concert halls, festivals and several of the island’s hotels, bars and entertainment venues.

The issue of foreigners displacing Jamaicans has been a sore point, particularly within the last 10 years, wherein dancers, singers, instrumentalists, and even synchronised swimmers are imported from countries such as the Dominican Republic and Cuba to work in the island’s hotels.

Golding, in his call, denounces the need for them.

“We can provide very compelling and exciting entertainment packages locally. We really need to reconsider allowing foreign entertainers to be the ones providing entertainment in terms of the services to our hotels,” he stated during a Gleaner Editors’ Online Forum last week.

Coming out of the COVID-19 pandemic, Golding is suggesting the need for entertainment zones as well, showcasing dynamic night life around live entertainment, while providing an avenue for persons to perform.

And the PNP presidential candidate, who is also a musicologist, did not stop there, noting that Jamaica needed to sponsor college radio programmes so that prospective visitors from within the US and European source markets can hear more of the contemporary as well as older Jamaican music, and continue to develop their love and passion for it.

In March, just after the first few cases of COVID-19 were confirmed, all musicians and creatives who were outside the remit of the Jamaica Federation of Musicians & Affiliates Union were urged to join the organisation, as it strengthened its collective voice for growth and support of their industries.

Expressing concerns, the group said their goal was to seek a partnership with the hotel industry and other entities to discuss strategies to provide immediate relief to its members who were the most vulnerable.

“Our members play an integral role in the operations of many of the island’s leading hotels, and we want to minimise the negative impact during these challenging times.”

Golding also pointed out the need to strengthen the linkages between the wider economy and tourism, singling out the critical area surrounding craft.

“The craft industry needs to be given greater support, so there is more diversity in their traditional product and they have an opportunity to sell into the tourist resorts.”

That group has come under criticism over the years for lack of creativity and differentiation of their products. Golding said, generally, the creative industries need to be supported and their linkages to the tourism industry enhanced.