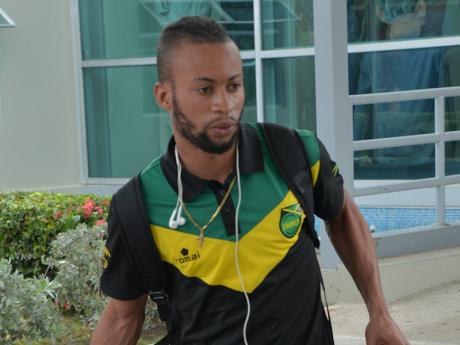 Maalique Foster ... was shot in the neck and has since undergone a surgical operation.

Reggae Boy Maalique Foster is among those injured.

He was among men playing dominoes in a yard on Fernando Court when four gunmen struck killing 35-year-old Jason Thomas and 23-year-old Odene Jones.

According to the police, in July, Thomas survived an attack at his home when he was shot in the back by armed men.

People's National Party councillor for the Southboro Division Ainsley Parkins said the entire community has been shaken up by the tragedy.

"I am in deep mourning for these victims, Jason Thomas was a very active party worker and his death will definitely leave a void in our organisational structure," Parkins told The Gleaner.

St Catherine South police say they have not yet determined a motive for the attack.

Meanwhile, Foster who was shot in the neck and another victim  have both undergone surgical operation.

Three other victims were treated for minor injuries and released from hospital.