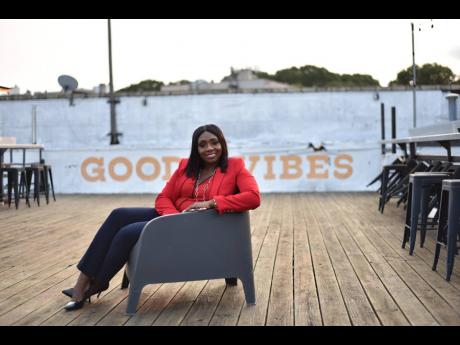 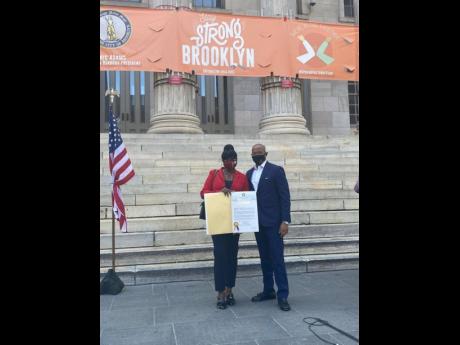 Jamaican Ingrid Murray, who serves as president and director of facilities of the United States-based family-owned Prospect Cleaning Services (PCS), which she runs with her husband Courtney Murray, was earlier this year commissioned by the Metropolitan Transportation Authority (MTA) – the nation’s largest commuter system – to oversee the cleaning, disinfecting and sanitisation of the Metro-North and Harlem Hudson train stations which operate in seven counties in New York State and two in Connecticut.

In addition to safeguarding MTA employees, PCS provides 24-hour cleaning service for the iconic Grand Central Terminal in Manhattan where over a quarter million passengers commute through every day.

While COVID-19 has seen the closing of thousands of businesses in the hard-hit New York Metro area, Brooklyn-base PCS has thrived, increasing its annual revenue from $75,000 to over $1.5 million.

Murray’s blessings continue to flow, as after city officials announced reopening plans in the summer, PCS was chosen, along with several other firms, to help Brooklyn retail shops reopen. She has also been providing consultation services to churches, houses of worship, and other businesses on the proper protocols to safely reopen their doors. Her outstanding leadership earned her a feature in American Express Stand for Small campaign where she shared her COVID-19 survival story with the Business Insider.

An accountant by profession, Murray credits her Jamaican roots for her drive and passion to succeed.

“Both of my grandmothers were kind, driven women who birthed in me, a passion for working hard and remaining focused. I thank them both for raising me to be a selfless, caring individual,” she said.

It has, however, not always been an easy road for Murray. There were times when she questioned her accomplishments.

“I can definitely attest to having that feeling once in 2019. However, I re-examined everything by asking the question ‘Why,’ which has helped me to refocus and stay on track to grow my business,” she shared.

Family is paramount to her, and she says it and a desire to see others around her excel are what drive her as a businesswoman. The success of her business has enabled her to provide jobs to others in her community.

Creating your own niche in the US is not easy, and Murray’s advice to fellow Jamaicans is: “Life will throw obstacles in your way, but whatever your dreams may be, stay persistent and focused; and don’t be afraid to fail. Failures are lessons learned that will help you regroup and stay on track,” she said.

Murray has been transformed by her experience in philanthropy. It is what keeps her grounded and is close to her heart. She hosts an annual Christmas dinner for seniors in Hellshire, St Catherine, as well as back-to-school events each year, with students receiving backpacks, uniforms, books and cash.

A graduate of Excelsior Community College in Kingston, Murray relocated with her family to the United States in 2010. Upon arrival, the mother of five enrolled at Medgar Evers College, where she earned a bachelor’s degree in business administration. She is currently pursuing online studies at the University of Cumbria, where she is on track to receive her master’s in organisational leadership.

“The programme was like attending an MBA programme on steroids. They provided updated statistics and data of every aspect of your business and a slew of experts to guide you,” she noted.

Another major milestone for her was being one of the delegates chosen nationally to testify before the United States Congress on behalf of small, minority-owned businesses.