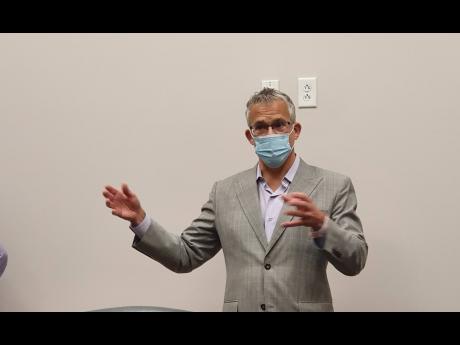 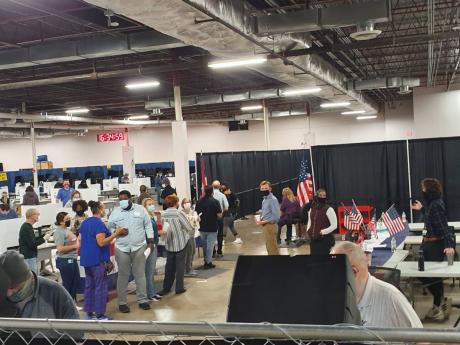 Janet Silvera
Early voting is on in earnest at the largest county in Columbus, Ohio, the Franklin County voting centre.
1
2

When millions of Americans go to vote tomorrow, more than 50 per cent of the eight million registered voters in the battleground state of Ohio would have cast their ballots in early voting.

Douglas Priesse, chairman of the Franklin County Board of Elections, made the revelation during a tour of the largest early-voting facility in the country by a group of international election observers last Friday.

Thousands waited in long lines in cold temperatures to cast their ballots, a scenario Priesse said has been the case since early voting commenced the first week of October.

Ohio, the seventh-largest state in the US, boasts 88 counties, with Franklin County accounting for over 880,000 registered voters and 324 polling stations. Priesse expects some 600,000 people in the county will vote in the 2020 US elections.

“We have more and more people every year choosing to vote early, whether at the early-voting centre or via mail, and it has become more and more popular as more voters become familiar with it.”

Moreover, both political parties, he added, try to put more votes in the bank early. “If you can get more voters to vote early, then you can focus on other voters who haven’t voted yet.”

CONFIDENCE IN THE PROCESS

Transparency and trust in the system have earned confidence of voters in the process, even with a recent technical glitch that saw some 49,000 voters being sent absentee ballot in error, Priesse said.

Admitting he does have concerns about outside forces interfering in their election, the chairman of the election boards said they have a close working relationship with the Secretary of State, Homeland Security and the police, who have been monitoring the situation very closely.

“We have not seen the adulteration of the voting process this year.”

Explaining the process, Priesse stated that everything that is done at the voting centre requires the presence of a Republican and a Democrat. “We have very low incidence of voter fraud. Every ballot is tied to an individual. There is a barcode. It is virtually impossible to vote twice.”

When the polls closes at 7:30 p.m. tomorrow, Priesse said they will push a few buttons, commencing the counting of the votes and very shortly after, count the early votes, and within about 10 hours will count all the votes delivered around the county. “And add those to the early votes, and it is anybody’s guess when we will be able to declare an unofficial winner for the county.”

Of note is that no Republican has ever been elected president of the USA without winning Ohio, which experts say you really don’t have to win, particularly if you have enough of the other key states.

He said volunteers have been placed at all the voting stations, so they can provide clarity and the facts of the process. “We have had to compete with information that is false, media reports that do not reflect the truth on what is happening in the state,” he stated.