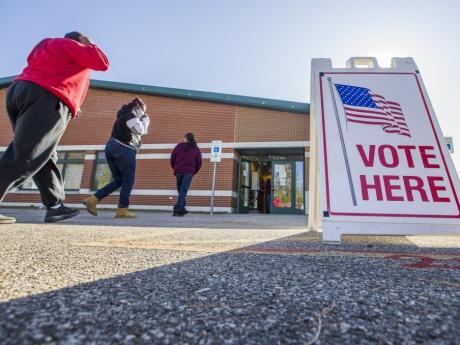 One poll worker, told The Gleaner that electoral officials were preparing for another rush on the polls as people leave work later this evening.

BRONX, New York:
It was a chilly day in New York but many Jamaicans and other Caribbean nationals stood in lines to cast their votes in the 2020 presidential and congressional elections.

Jamaican Leonia Young was among the voters.

However, by midday when she arrived to cast her ballot in the Northeast Bronx, the lines had dwindled.

“It was very important to me to vote. I am not happy with the direction of the country and wanted to make my voice heard through my vote,” she said.

One poll worker, told The Gleaner that electoral officials were preparing for another rush on the polls as people leave work later this evening.

At another polling station on Carpenter Avenue also in the Northeast Bronx there was a steady stream of voters, but no long lines.

In New Jersey there were reports of long lines in suburban communities.

But Robert, a retired New York City worker said that regardless of the conditions he was determined to vote.

“This is too important an election to sit out. I have to make sure that I vote for the future of the country,” he said.

Over in Philadelphia, the story was different.

Lines were curled around blocks within the city.

In Florida, reporters out of Lauderhill and surrounding communities indicated that there were also long lines.