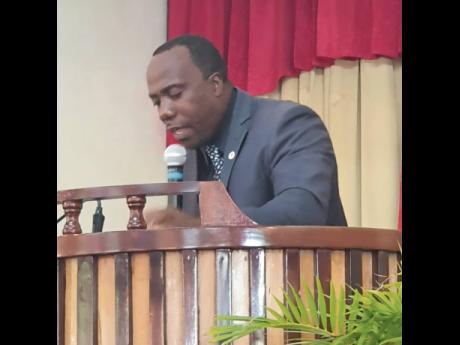 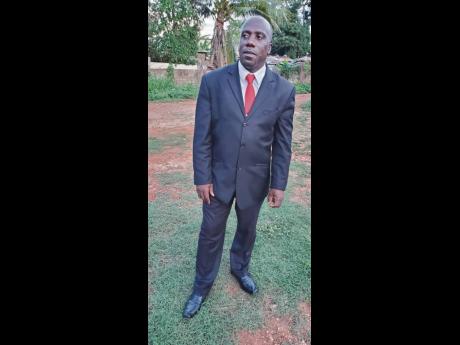 Sharing his story of how he overcame the downward turn his life took after he lost his father during his preteen years, Paul Newton hopes to spread the news that with a little determination and an entirely surrendered will to Christ, all things are possible.

The fatal occurrence, according to Newton, crippled his educational experience, at the time robbing him of his chance to learn how to read and write.

However, a decision to follow Jesus at the age of 20 changed the landscape of his life forever.

“He (his father) passed away when I was only nine years old, and there was not much support for me and my twin brother for schooling after his death, and we did not get the chance to complete primary school,” he said.

“In September of 1994, I became a member of the Kitson Town Seventh-day Adventist Church, and at that point in my life, I had many issues, suffering from low self-esteem, seeking an identity, finding it difficult to fit in with people not being able to read or write… . It was a big struggle for me,” Newton shared, adding that he asked the Lord to prevent the church from asking him to read so he could keep his illiteracy a secret.

He told Family & Religion that the request was granted for some two years of his membership there, with him only being asked to pray and participate in other ways.

That is, he shared, until God decided to take him higher. “It was not something I was prepared for. I can remember that Sabbath morning when I was asked to do the scripture reading for the first time. I said yes without thinking. When I was given the passage, St John 15:1-4, I realised at that time what I had gotten myself into because I could not pronounce even one word. My mind was telling me not to do it, but the voice of God was saying, ‘Go ahead’ (even though I did not realise, at that point, that it was the voice of God.)”

Newton explained that though the day’s greetings had already been done and he had not been called upon to do another, he headed down that route as he tried to compose himself for the task everyone was waiting for him to complete.

‘God Spoke to Me’

“At that point, I felt like an overcomer. After service, I was told by many of the brethren that that was a wonderful idea, [but] they did not know what had happened,” he said, adding that oftentimes, people are able to see the product and not the process.

That Sabbath day was the beginning of a brand-new experience for Newton, who started to challenge himself to be better.

He shared, “The church and my bathroom became my school, from newspaper, toothpaste box, soap wrap, my Bible, and my quarterly and with the help of the Father, the Son, and the Holy Spirit and listening to how people use words to construct a sentence. I have developed the ability to construct proper sentences when speaking, and from then on, the Lord has been using me to preach and teach all over Jamaica.”

The now evangelist with the Central Jamaica Conference of Seventh-day Adventists, who has conducted numerous evangelical series and Bible studies, ministering and leading many to the Lord, is encouraging others who are going through a similar experience to “be determined, challenge self, set goals, and give what you have to Jesus as He can do it for you, too”.