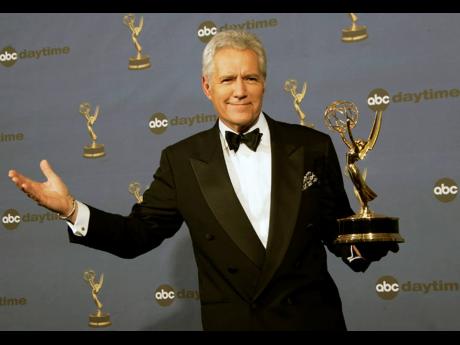 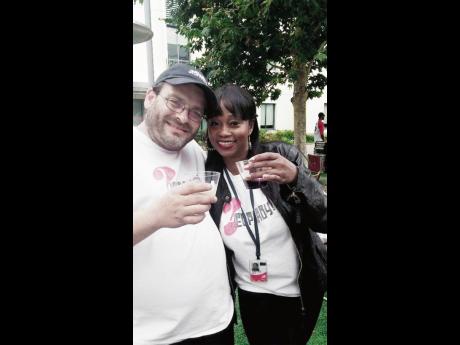 The months following Jeopardy! host Alex Trebek’s announcement that he had pancreatic cancer were tough for Jamaica-born Terry Gayle, who was an audience coordinator for the popular game show, as scores of persons came wanting to offer him help.

Gayle, 41, who is originally from Leeds, St Elizabeth, had worked on the show for more than six years and resigned six months after Trebek’s revelation. She was generally the first person to greet the audience.

“People from all over the world, like doctors, physicians, everyone, were trying to come sneak in the show with all different remedies and different ideas, like how they can treat him, so it was very stressful,” she said.

Trebek died on Sunday after a near two-year battle with Stage Four pancreatic cancer. The 80-year-old game-show host had announced his diagnosis during his show on March 6, 2019.

“We are staff, so we actually knew about it before he televised it live. He gathered us up in the kitchen, where all the coffee and all the snacks were, and he made the announcement,” Gayle recalled.

“He said he was going to do everything in his power to beat it,” she said.

Gayle, who has worked as an audience coordinator for 15 years, was devastated after hearing the news, saying Trebek was the best boss she had ever had.

Still, Gayle said she had to remain professional as she seated the show’s 130-person audience.

“That day when the news broke, I had to hold myself together, because I’m the first one they are going to see,” she said.

“He was a decent human being. He had integrity [and] character,” Gayle said of her former boss.

Although beating Stage Four pancreatic cancer is a rarity, Gayle was optimistic.

“I thought that maybe because Alex had a lot of money and stuff, I’m sure he was getting the best treatment. I thought he was going to beat it,” she told The Gleaner.

Gayle migrated to the United States in 2001 and decided to do theatre arts to earn three extra credits while studying at a college in San Francisco. She eventually went to Los Angeles and networked until she landed a job as an audience coordinator for Judge Judy, a popular daytime show. She also worked for Judge Joe Brown and on several other shows, including Hot Bench, Divorce Court, Let’s Make a Deal, The Price is Right, and Wheel of Fortune.

“A black girl from Jamaica with an accent trying to get into the business is not easy,” she said.

Gayle had worked in customer service at Alpart in St Elizabeth and then at a call centre at the Montego Bay Free Zone prior to migrating.

She won an Emmy in 2018 for her work on the show. Trebek won seven Emmys overall.

Gayle said Trebek looked out for his staff.

“Financially, he took care of us because he was making a lot of money, so he made sure we were good, like for the holidays, for Christmas. We got a lot of perks when it comes on to Christmas bonuses working there,” said Gayle.

Gayle has been living in Sudbury, Canada, with her fiancé for the last year, which, incidentally, is where Trebek was born. She last visited Jamaica in 2018 and still maintains contact with her relatives here, including her siblings.